Skip to content
Home » Entertainment » Francesca Eastwood filed for annulment from Jordan Feldstein just after a week of getting wedded.

Francesca Eastwood filed for annulment from Jordan Feldstein just after a week of getting wedded. 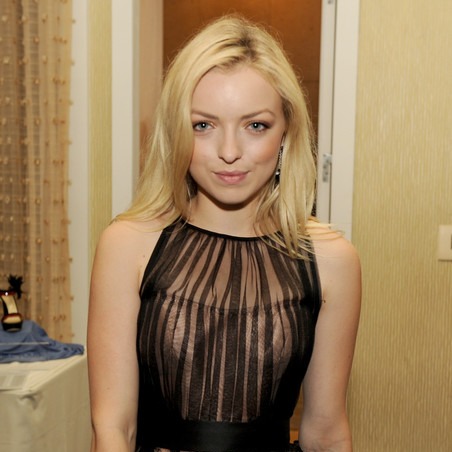 Francesca Eastwood divorced Jordan Feldstein, a week after they got married in Las Vegas. Contrast to her short-sustained marriage, her emerging career has earned her a net worth of $5 million.

A Las Vegas chapel wedding? Celebrities do some crazy things! After a wild night in Las Vegas, Francesca and Jordan returned as a married couple.

Seems like they were enjoying so much that they forgot they weren't in love with each other.

They got hitched in a Vegas chapel on 17th November 2013 without letting anyone know. To be more precise, they didn’t know either! Their wedding was fueled by alcohol and after Eastwood got over the alcohol, she regretted it and wanted the marriage annulled.

The reason behind the annulment was stated as she was just starting her career and didn't want her career to be affected by silly mistakes.

Previously in a relationship with photographer Tyler Shields, most recently Francesca was reported to be dating actor Clifton Collins, Jr.

One of the Eastwoods who is carrying her father’s legacy, Francesca Eastwood’s earnings are amazing for a 22-year-old

After a huge contribution from Oscar winner Clint Eastwood to the movie industry, his daughter, Francesca Eastwood is continuing his legacy. She appeared in the movie Outlaws and Angels opposite Chad Michael Murray and Luke Wilson. She has been taking advice from her parents to grow in this field but she said she didn’t take advice for his one.

“I didn’t ask my parents for advice on this one. I usually ask them, but I just went and did this one. I worked on it and prepared a much as I could, so I just ran and did it and talked to them about it later. I wanted to do one on my own, and it felt great.”

She can be currently seen on the reality show Mrs. Eastwood & Company on E! The show revolve around Dina Eastwood, second wife of Clint Eastwood.

For her next venture, Francesca has bagged a role in a psychological thriller movie Revolve and two unknown projects. She posted the trailer of her upcoming movie which you can view below.

Francesca Eastwood has been honored with Miss Golden Globe 2013. She is an emerging star and her presence in the industry was celebrated on the Golden Globes’ 70th anniversary.

She is already famous for her name as a daughter of famous actor/director and as a budding actress, she is earning a net worth of $5 million. That’s a huge amount for a newbie but seeing her talent, she deserves it.

It looks like Francesca's annulment from Jordan Feldstein hasn't put a dent on her image. Francesca Eastwood's stardom has only increased and so has her net worth.