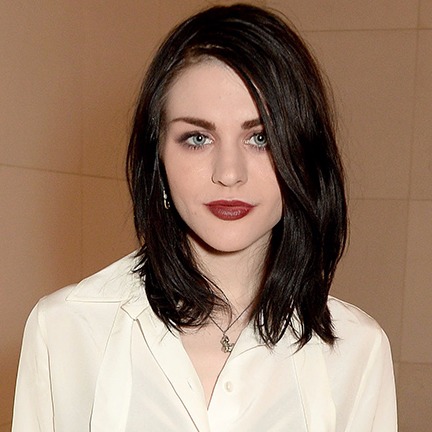 Frances Bean Cobain was born on August 18th, 1992, in Los Angeles, California. She is the only child of legendary rock star Kurt Cobain. After her birth, she spent most of her childhood in the spotlight due to her famous father and mother and their issues with drugs.

Her childhood was rocky as soon after her birth, she witnessed her parents fight for her custody as her mother Courtney Love claimed to have taken drugs in her pregnancy. The Department of Children’s Services declared Kurt and Courtney unfit parents and took the custody of newborn Frances.

Her parents never lost hope and fought to regain her custody. After months of battle with the LA social service department, the Cobains won the battle and took the custody of their newborn.

Frances saw her father for the last time in a rehab in LA before he committed suicide. Frances made headlines for many years after because of her celebrity parents.

After her father’s demise, she was also separated from her mother in 2003, when she was arrested for having involvement with drugs. After her mother was arrested Cobain was placed under her paternal grandmother, whom she later referred as the most constant thing she ever had.

She began to make headlines with her own works rather than her parents, in 2006. That year she posed for an article titled “Children of the Rockstars in their Parents’ Clothing”.

Later in February 2007, she was also seen posing for Harper’s Bazar. Besides modelling, she also is a successful visual artist. In 2010 she debuted with her artwork titled “Fiddle Tim”. Adding to that, she also held her solo exhibition in February 2013.

Furthermore, Frances is also known as the executive producer of the HBO movie about her father’s life Kurt Cobain, Montage of heck. Apart from that, Frances is also believed to have not chosen to star in the successful adventurous movie, Alice in Wonderland.

Frances Bean Cobain was born to parents Kurt Cobain and Courtney Love. She is the only child of the rock star couple. After spending most of her childhood in the headlines for all the wrong reasons, she finally seems to have settled into a stable lifestyle.

In August 2010, she claimed 37% of her father’s estate. Now residing in West Hollywood, Frances is single and is yet to be a mother, after her divorce with ex-husband Isaiah Silva, whom she married in September 2015 and divorced in March 2016.

Frances Bean Cobain is one of the most talked about rock star children. She owns her father, Kurt Cobain’s publicity rights. With a net worth of around 170 million dollars, she is likely to have a successful future ahead.