Apart from Charm City Cakes, what are Duff Goldman’s net worth sources? 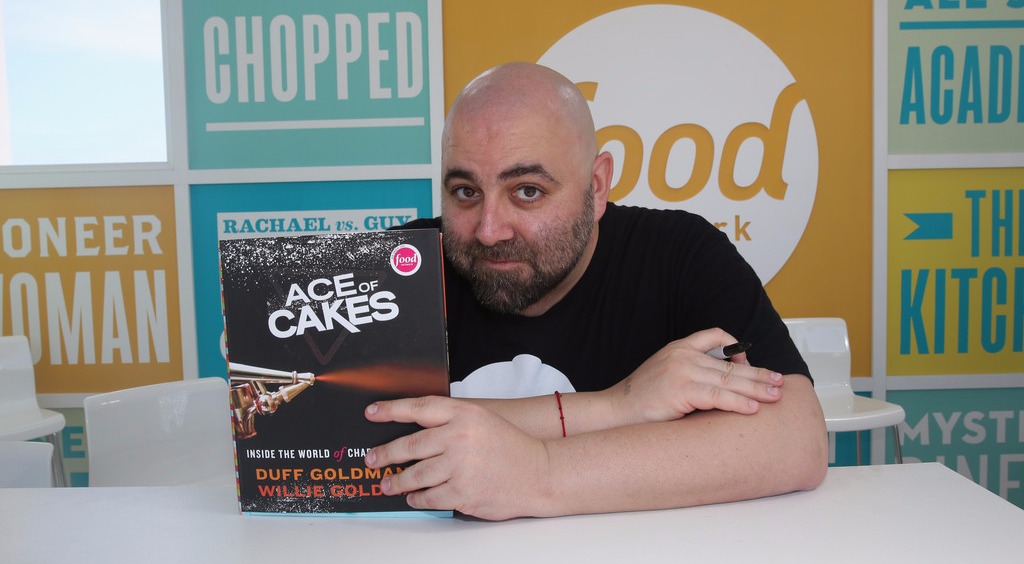 Duff Goldman, the owner of Charm City Cakes, has amassed a huge net worth of $5 million. The major part of his fortune comes from his bakeries, varieties of baking shows and books.

Duff Goldman runs many famous bakeries, Charm City Cakes, founded in Baltimore in 2002, has had its branch in Los Angeles since 2011. Charm City Cakes, well known for its unusual cakes, has served celebrity customers ranging from Hillary Clinton to Alice Cooper. He had made a cake for President Obama’s 2nd inaugural ball in 2013 and Katy Perry’s ‘Birthday’ video.

With his crew, he has baked unusual cakes, including;

He has screened his daily operations of Charm City Cakes on the show Ace of Cakes on Food Network from 2006 to 2011. The show, which ran for ten seasons, mostly focused on constructing cakes, working with vendors, tasting with customers and delivering products.

He hosted the after-hours cooking competition Duff Till Dawn on Food Network. The cake ace invited professional bakers into his bakery for the show, which has now been canceled. In each episode, two teams of cake decorators test their skills and creativity in challenges.

How much is Butter restaurant’s executive chef, Alex Guarnaschelli’s net worth?

Goldman has also shared his recipes for his popular fat and chewy chocolate chip cookies and deep-dish pizza muffins. Similarly, Duff guides his fans with an easy and quick method of baking delicious. Moreover, Duff suggests to people very common baking mistakes. He says that the oven’s temperature should be maintained at 20°C and avoid even the tiniest smidge of grease and water residue on the meringue mix.

In 2009, he, along with brother Willie Goldman, released a book entitled Ace of Cakes: Inside the World of Charm City Cakes through HarperCollins/William Morrow. A book provides an exhaustive look at both the show and the bakery.