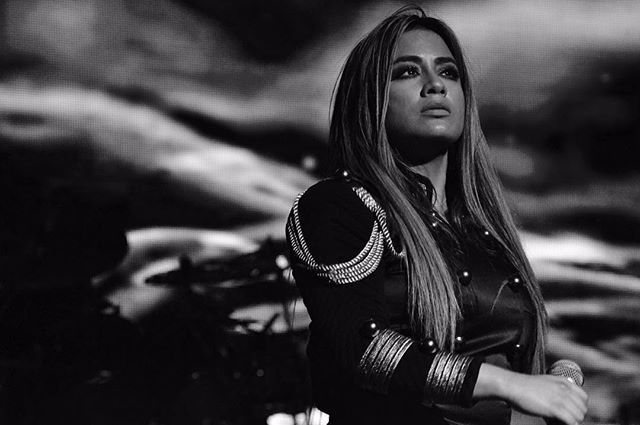 This week hasn’t been the best for Fifth Harmony. And for Ally Brooke Hernandez, it became worst.

On Thursday night, while the popular girl band was showing a performance during their Mexico tour in Monterrey, at Auditorio Banamex, a fan quickly approached the stage. Outrageously, the male fan that jumped on stage attacked over Ally Brooke Hernandez.

Seemed like making an attempt to hug her, the man ended up grabbing her hair. Ally fell to the ground onstage, however, quickly picked herself back up and as a pro, she continued to perform with her fellow members.

Hernandez told ET, “I am thankful that I or anyone else wasn’t injured, as these incidents could have gone awry. I love fans and appreciate their excitement and love for us, however, these situations could easily escalate in the wrong direction for us and the fans.”

This is the 2nd time, Hernandez is attacked by fans during her Mexico trip. While arriving with her band members at Mexico Airport on 28th September, she was ambushed by another man. The fan leaped out of the crowd and attempted to take a selfie with her when the girl’s group just arrived at the Monterrey airport. The pop star was attacked and almost dragged to the floor while walking.

After an airport incident, Ally explained that the ambush was scary, but she reassured her fans that she was okay. Then, she swiftly turned her attention towards her Monterrey show. And that is what happened next, a horrible onstage attack.

The 23-years-old informed her fans about the incident via Twitter writing: “Just to let you know, I am okay after the airport incident. Please be careful and gentle so nobody gets hurt. That was scary. Thank you!”

“Monterrey, I couldn’t be happier to be here! It’s been a dream of mine since I was little my favorite singer Selena Quintanilla had many beautiful performances here. And now I get to perform in this city! I am beyond honored and proud.”, Hernandez continued.

The group lastly performed in Guadalajara, the final stop of their Mexican trip before heading to Europe.