Everything about The Incredible Dr. Jan Pol: Wife, Children and Car Collection 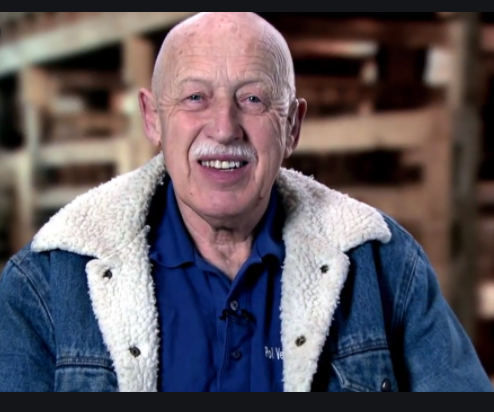 He was born in Drenthe, Netherlands, on September 4, 1942, and grew up on the family dairy farm with five siblings.

In 1970, he graduated from Utrecht University with a DVM degree and began his career working at a local clinic in Harbor Beach, Michigan.

He has been married to Diane Pol since 1967. The couple has adopted three children, two daughters, Diane and Kathy, and a son, Charles.

After marriage, Dr. Pol and his wife started their veterinary clinic, Pol Veterinary Services, in Weidman, Michigan, in 1981.

He started appearing on the Nat Geo Wild’s series, The Incredible Dr. Pol, since its inception in 2011 along with his wife Diane, and son, Charles.

The show revolves around Dr. Pol, who travels around rural Michigan and tirelessly visits the head of family pets and livestock in need of his expertise.

The series, which premiered on January 6, 2018, is currently airing its 12th season.

He is also active with his philanthropic organizations, 4-H and FFA, where he guides young adults in taking proper care of animals.

Dr. Pol is also a massive car enthusiast and has a vast collection of cars among which are a 1937 Rolls Royce, a 1981 “Back to the Future” DeLorean and a 1999 Plymouth Prowler.