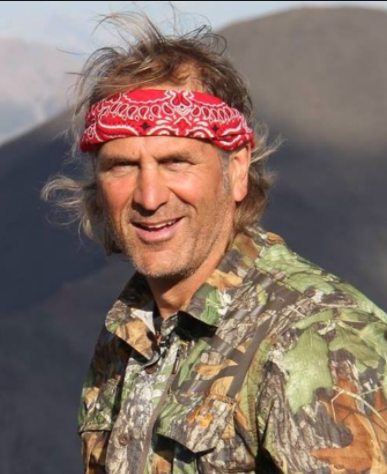 Eva Shockey is a Canadian hunter who has made a name for herself as an accomplished outdoorswoman.

She rose to the fame as the co-host alongside her father, Jim Shockey, in an Outdoor Channel show, Jim Shockey’s Hunting Adventures.

She was born on January  5, 1988, in Vancouver Island, Canada to a hunter and outdoorsman, Jim Shockey and Louise Johann.

She grew up accompanying her father on outdoor trips around the world and started hunting when she was in her twenties.

She went to Bond University in Australia, from where she graduated in business marketing in two and half years on the fast track program.

Eva is a proud supporter of wildlife conservation efforts, who believes that hunters are the biggest conservationists on the planet.

In 2014, she became the second woman ever to grace the cover of Field & Stream magazine almost 40 years after Queen Elizabeth II was featured.

She has appeared on ABC’s Nightline and the Fox Business Network as the new face of hunting.

She was featured alongside country music sensation, Miranda Lambert in an award-winning Ram Trucks commercial, Courage is Already Inside.

She was voted the Most Prominent Outdoorswoman in the August 2016 issue of Field & Stream magazine.

In 2017, she released a memoir entitled Taking Aim, detailing the story of her journey from non-hunter to hunter.

Now, she has combined her love for outdoors to passion for home décor. She was signed as the brand ambassador for Cabela’s in 2015.

She recently launched the Eva Shockey Collection of home décor and bedding across Cabela’s locations in Canada and the US.

She has been married to a professional hockey player, Tim Brent, since June 20, 2010. They welcomed a baby girl, Lennon Bow Bernt in January 2017.