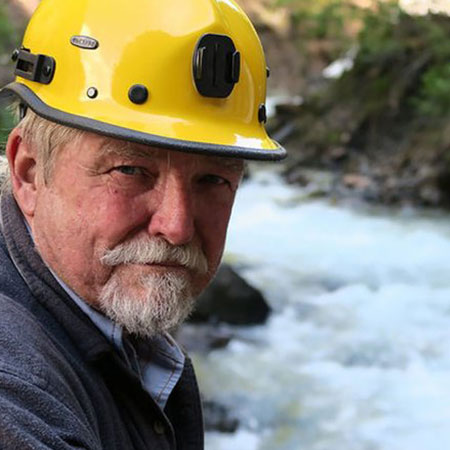 Dakota was first brought as an adviser to Hoffman group to help them with Jim Nail Placer Mine in Haines, Alaska.

He bought the mine after Todd Hoffman failed to make a lease payment and his place in the show became rocksteady.

Then, he created his own crew, The Dakota Boys, and his son, Dustin also joined him.

Dustin had previously worked as a construction worker and a wildland firefighter.

He once had a tiff with his father, however, the issue was resolved quickly.

Together, they brought home thousands of dollars worth of gold during their time in the show.

In 2014, they left the show after they had a dispute over pay rise with Discovery channel.

Dakota had to bid his wife, Lorrayne, goodbye on February 2, 2015, after a long illness.

Then in July 2016, he married his executive assistant, Jennifer Sheets.

Dakota and Dustin are back on Discovery with their new show, Gold Rush: White Water, which premiered on January 19, 2018.

They have put together a team of mountaineers and divers to mine gold from a secluded canyon.

Dakota’s net worth is estimated around $6 million while Dustin’s is around $1 million.