Eric Andre and Rosario Dawson broke up. What’s the reason? 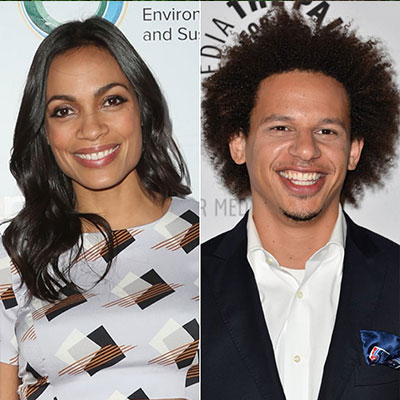 Eric Andre is an American actor, comedian, and TV host best known for his show, The Eric Andre Show.

As a comedian, he focuses on various genres of comedy like improv comedy, surreal comedy, anti-humor and dark comedy among others.

Eric Samuel Andre was born on April 4, 1983, in Boca Raton, Florida to a Haitian father and an American mother.

He was born on the birthday of famous people, including Muddy Waters, Tony Perkins, and Maya Angelou.

He graduated from Dreyfoos School of Arts in 2001 and then completed BFA from Berklee College of Music in 2005.

The show which has aired four seasons since 2012 features pranks, sketches and celebrity interviews.

Since he made his career debut in 2009, he has appeared in several movies like The Internship, Flock of Dudes, Rough Night and more.

Throughout his career, he has accumulated a huge net worth of $3 million.

The comedian dated an American actress, Rosario Dawson for about a year until they broke up in November 2017.

Initially, their relationship came as a joke to people, until Andre uploaded their loved-up photos with romantic captions on social media.

Dawson also promised about the seriousness of their relationship while appearing on ‘The Late Show with Stephen Colbert.’

The ‘Unforgettable’ star also admitted that her boyfriend was loving and caring for her and fans would be happy to see them getting married.

According to Dawson’s close reps, the pair has parted ways in good terms but the reason behind their break-up is still unknown.