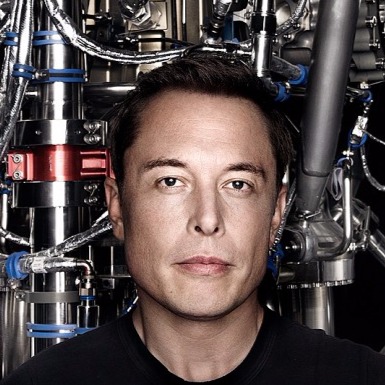 Elon Musk conceptualized “Mars Oasis,” a mission to land a small greenhouse on Mars that would contain food crops growing on the Martian regolith. Additionally, by leading Tesla Motors, he has fulfilled the enthusiasm of adventure lovers with varieties of electric cars.

Elon Musk’s SpaceX has launched and successfully landed four rockets back to earth.

After Compaq and PayPal acquired Zip2 by eBay, he became more confident about his mission. He could invest $100 million of the amount he received for his 11.7% shares at PayPal to establish his third company SpaceX (Space Exploration Technologies), in June 2002.

Now, he is the Chief Executive Officer & Chief Technology Officer of the Hawthorne, California-based company that currently develops and manufactures space launch vehicles aiming to advance rocket technology. The first two vehicles launched by the company are Falcon 1 & Falcon 9. Falcon 1 became the first privately funded vehicle to put a satellite into the earth’s orbit on 25 May 2012.

The aerospace company obtained a contract from NASA to continue the development & test of Falcon 9 and Dragon Spacecraft to handle cargo transport to international space in 2006. On May 1, 2017, SpaceX’s Falcon 9 was launched from NASA’s Kennedy Space Center. The 23-story rocket took off from the launch pad in Cape Canaveral, FL, at 7:15 ET and landed back on the earth at Cape Canaveral Airforce Station. He shared the awe-inspiring view of the rocket’s landing.

In 2014, SpaceX sued to US Air Force for its practice of sending vehicles using only the United Launch Alliance, claiming that it awarded billions to only one company for national security launches. The company holds two launch contracts with Air Force to launch Global Positioning System Satellites in 2018 & 2019.

Elon Musk has been the chair of Tesla Motors since the 2008 financial crisis.

In 2003, Musk incorporated Tesla Motors, previously led by Marc Tarpenning and Martin Eberhard. Those two men financed the company until the Series A investment in 2004. That was when Musk joined the Board of Directors of Tesla and became the Chairman. Afterward, he took an active role within Tesla and supervised Roadster product design at the detailed level.

He assumed the company’s leadership as the Chief Executive Officer and product architect following the 2008 financial crisis. He still holds the position. Tesla Motors launched an electric sports car named Tesla Roadster in 2008 and got the sales of approx. 2,500 vehicles in 31 countries. He received the Global Green 2009 Product Design Award for the design.

The company dedicated to producing mass-market electric cars launched IPO (Initial Public Offering) with a stake in the company taken by Daimler and strategic collaboration with Toyota raising $226 million.

Tesla’s first electric sedan, Model S, capable of covering 265 miles between charges, was launched in 2012. The car gained the title of “The Car of the Year 2013” by Motor Trend magazine.

In 2014, Model S85D and P85D came to light. The 1st electric car with a dual motor features insane acceleration (0-97 kph run of 3.2 seconds) and a revolutionary autopilot system (including radar, a forward-looking camera, and 360-degree ultrasonic sensors).

In March 2016, Elon launched a five-seated car, Tesla Model 3, considered the most affordable Tesla car to date, starting at $35,000. He claimed that the Model 3 would be one of the world’s safest cars, and deliveries would begin in late 2017.

In addition to building its cars, Tesla sells electric powertrain systems to Daimler for the Mercedes B-Class Electric Class Electric Drive, Mercedes A-Class, and Smart EV & to Toyota for RAV4 EV. He brought both companies as longtime investors in Tesla. He has often been compared to Henry Ford for his dedication to developing advanced vehicle powertrains.

Net Worth and More

Elon Musk holds incredible critical management skills that led to what the company is now. Moreover, Musk gave his everything while the company led to a downturn quite a few times.