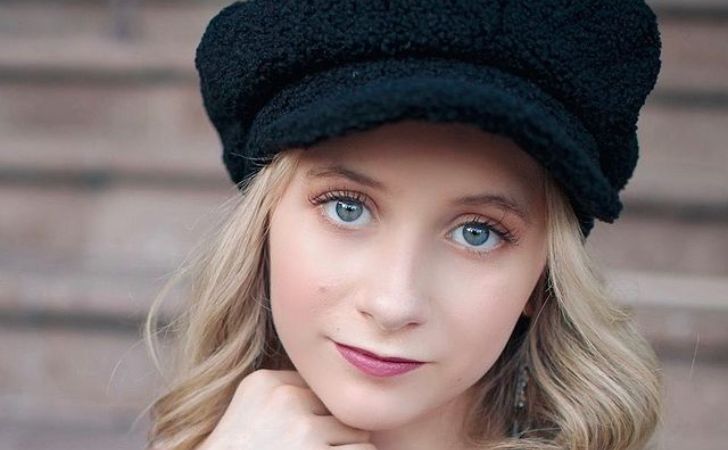 Elliana Walmsley is an American dancer and Youtuber. Furthermore, fans know Elliana as a content creator and reality TV star. Likewise, Walmsley later became famous for her appearance on the sixth season of Dance Moms.

From a very early age, Elliana was fond of dancing. What’s more? She aspires to be the future head ballerina at the American Ballet Theatre. To know more about the dancer, please stick to the below article.

Who is Elliana Walmsley?

Elliana Kathryn Walmsley was born in Boulder, Colorado, on June 23, 2007. She was born to Kevin and Yolanda Walmsley. Her father is a businessman, and her mother is a housemaker. But Walmsley is not the only child in the family. Furthermore, Kathryn recently turned 15 years old.

Elliana is the youngest among three children. Jakeob and Luke are the elder brothers of the influencer. Since eighteen months old, the influencer was keen on dancing. Therefore, she studied at several dance academies like The Joffrey Ballet, Master Ballet Academy, Michelle Latimer Dance Academy, EDGE Performing Arts Center, and The Millenium Dance Complex.

At the early age of eight, Walmsley participated in a dance competition in LA. She eventually won the KAR Dance competition, crowning as Miss Petite Dance America. Since then, she has started her career in dancing, participating in various dance shows.

Who is the boyfriend of Elliana Walmsley?

Elliana Walmsley is in a romantic relationship with her boyfriend, Jentenz Ramirez. The couple has been together quite a long time. Giver her age, he might be the first love of Walmsley. So, there is no information regarding Walmsley’s past affairs.

Talking about Jentenz, he is an actor known as Luke from Star Wars(2016). Moreover, he is a Youtuber. Besides, he acts in several short films and feature films. As a Youtuber, he is also part of The Squad, an influencer group. On top of that, Ramirez is a black belt achiever in martial arts.

Recently, there’s a rumor that two of them have broken up on social media. Neither of them has given an accurate statement on why they broke up but still is in a friendly relationship. Moreover, after the breakup, Elliana still stays single. Moreover

Net Worth of the Influencer: Elliana Walmsley

Elliana Walmsley is the top Instagram star in the USA. Furthermore, she is also a top teenage dancer. At the beginning of her career, she gained a huge fan following across the USA.

Apart from this, she is a model featured in different TV shows, music videos and webseries. Various brand endorsements, advertisements, and sponsors further increase her earnings. Since 2015, she has received a lot of appreciation from audiences.

As per the reports, her monthly income is $5000, and she has an annual income of $60,000. So far, the influencer has made a fortune of $400,000. With so much talent, Walmsley is at the peak of her career. And so, Elliana might be on the list of top dancers in the future.

As of 2022, Elliana managed to find herself a massive following. Moreover, Walmsley holds millions of followers on her social media page. However, her Facebook page currently remains inactive.

Walmsley also uses Instagram. Furthermore, the social media influencer uses the name elliana ♡︎ on her IG. Likewise, Elliana managed to gain over 2.3 million followers on her Instagram account. Moving on to her YouTube, Walmsley gained over 1.44 million subscribers