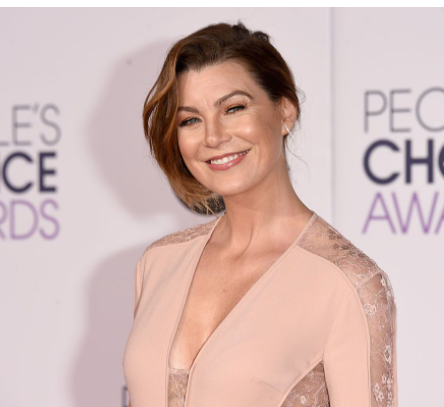 Is Ellen Pompeo ready to hang up her stethoscope? The Grey’s Anatomy star hinted at the possible end of ABC’s long-running medical drama.

While discussing the series with Entertainment Weekly, Ellen Pompeo teased about ending her reign as Meredith Grey at Grey’s Sloan. Pompeo said,

“I’m clearly not prepared right now to make any kind of formal announcement about what my future is on the show, but I am really feeling like we have told the majority of the stories we can tell. It’s about time that I mix it up. I’m definitely looking for a change.”

As she has signed a whopping $20 million a year deal for seasons 15 and 16, the show’s two more seasons are certain. When signing the deal, she said,

I’d love to direct a pilot. I really like producing, that’s really challenging for me. I think I’ve had an amazing training. I’ve had a Master Class in producing these last 14 years. I know every aspect of making a television show. Producing and directing is where I’m challenged and where I’m learning. It’s more interesting to me because it’s a skill I haven’t mastered yet.”

Pompeo is one of the four original actors in the show, but it doesn’t come as a surprise that the mom of three is looking to the future. In an interview in May, she admitted that “she can see the end coming.” She also stated that she wants to be more involved in her kids’ lives as they get older.

The show’s creator, Shonda Rhimes, previously told in an interview that the show would remain until Ellen wanted to stop. And now, Ellen seems like she is not so willing to continue. Grey’s Anatomy returns for season 15 on September 27 at 8 p.m. on ABC.

What are your thoughts regarding the future of the show?

Things to know about Chris Ivery