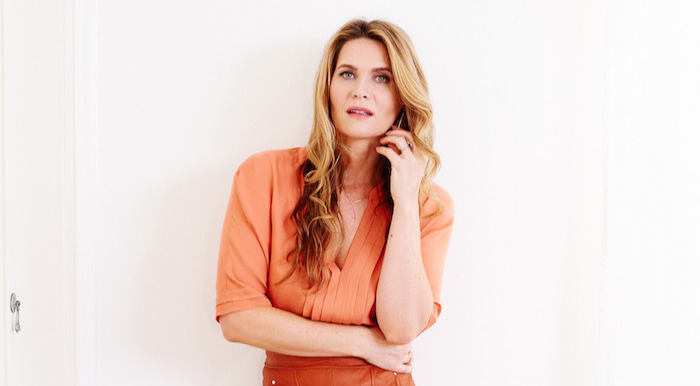 Celia Walden is a British journalist, novelist and critic. She is famous as the wife of Piers Morgan, the co-anchor of Good Morning Britain. The 43- year-old blonde is more than just a gossip columnist. Let’s find out more about Celia Walden’s career, married life, and family.

Celia Walden was born on December 8, 1975, in Paris. She was raised in London alongside her two siblings: Francis and Oliver. Her father, George Walden was a member of the English Parliament for the Conservative Party whereas her mother, Sarah Hunt was an art historian.

Celia Walden’s Career As a Journalist and Author

She is serving as the monitoring correspondent of the GQ magazine. Celia also writes for various magazines, including Glamour, Porter Magazine, and Elle.

Besides writing articles about fashion, etiquette, health, and beauty, Walden has also published three books: Harm’s Way (2009), Cruelle (2009) and Babysitting George (2011). Babysitting George is based on the time she spent with the footballer George Best when she received an unusual assignment to track down a global superstar and keep him away from all other journalists. Though the book was nominated for the William Hill  Sports Book of The Year Prize in 2011, it was also highly criticized by his widow Alex Best.

Alex said that the book was largely fictional and that Celia had been using her “imagination” very well. She even threatened to take legal action against the publisher, Bloomsbury Publishing. The wife of the late footballer was joined by Best’s former mistress, Gina Devivo, who stated, “I am so angry for George because he is not here to defend himself.”

Celia started dating Piers in 2006 while he was still married to Marion Shalloe. Walden had rejected the first proposal made by the host of Good Morning Britain but after dating for 4 years, he somehow convinced her to marry him. They shared their vows on June 24, 2010, in St. Mary’s Church, Oxfordshire village of Swinbrook.

They recently celebrated their 9th anniversary. Celia had a lovely throwback picture of their wedding day whereas Piers had a picture of Celia wearing tight leather pants posted on Instagram of 2019. The two are considered to be a dynamic couple. The couple lives in one of the richest neighborhoods in London.

Before meeting Piers Morgan, Walden was briefly in a relationship with a French Chef, Jean-Christophe Novelli in 2006.

A year after their marriage, Piers and Celia announced that they were expecting a baby. On 25 November 2011, Celia gave birth to a daughter, Elise Morgan. Elise is the first child of Walden and is the fourth of Morgan.

The couple loves to travel places with their daughter. According to Celia, Elise has helped Morgan stay grounded and in place. The family divide their time between LA and London.

The Instagram posts of Celia has been more than entertaining as she shares all hilarious pictures of her husband. In one of the pictures posted earlier last month, Walden is seen holding an unusual device with Morgan’s face on it. She has jokingly asked where the “off” button on the Morgan 3000 hair dryer was.

Apart from playfully insulting her husband, Celia also shares the loving pictures of her daughter with her current 9k (approximately) followers on Instagram.