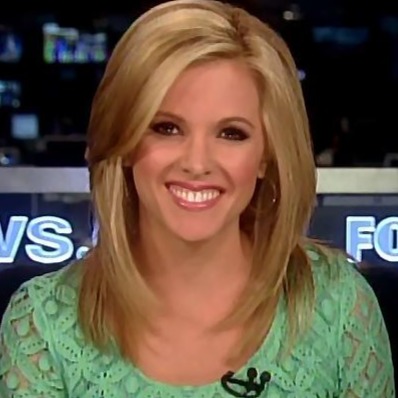 Elizabeth Prann is an American news reporter, anchor, and producer. She has been associated with the  Fox News Channel since 2010. Prior to Fox News, she served a reporter, fill-in anchor for Panama City-based NBC-affiliate WJHG.

Prann is currently running in her early thirties, born in the year 1985 in Aurora, Colorado, United States.  No much details of her early life have been revealed. However, we can assume that she had an interest in broadcast journalism from an early age so she went on to choose journalism as a major in university.

While pursuing bachelor’s degree in the University of Florida, she held the memberships of women’s lacrosse team and also Delta Gamma sorority. Not so longer after graduation, she made her way to the  NBC-affiliate WJHG. And currently being associated with the Fox News, she has reported live about various events ranging from Deepwater Horizon Oil Spill to Mississippi river flooding and Hurricanes.

Elizabeth married her college sweetheart Darren O’Day in 2010 in a lavish ceremony at Ritz-Carlton, Atlanta, Georgia. The couple shares a baby girl. When it comes to balancing personal and professional life or maintaining perfect body measurements, the gorgeous reporter always serves an example.