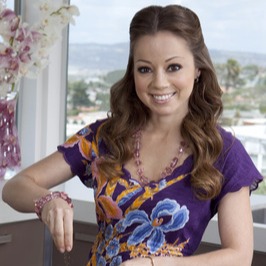 Marcela Luz Valladolid is a well-known American chef, TV personality and author. Marcela is best known for co-hosting the Food Network cooking series, The Kitchen. She is also popular for hosting her own series, Mexican Made Easy, also on Food Network.

The celebrity chef was born on 19th July 1978 in San Diego, California. Marcela started taking interest in cooking when she joined her aunt’s cooking school located in Tijuana, Mexico.

Marcela’s career began after starting own catering business where she gave cooking techniques to 40 students. Later, she made an appearance on the reality show The Apprentice: Martha Stewart where she finished fourth. Marcela’s first television appearance was on the cooking show Relatos con Sabor. She began hosting Mexican Made Easy on Food Network in January 2010. She has likewise been successful to procure acknowledgment as an author. She has published two books till date, Mexican Made Easy, and Fresh Mexico.

Marcela is a mother to her two sons and is currently expecting a daughter with fiance, Philip Button. She was previously married to Fausto Gallardo.