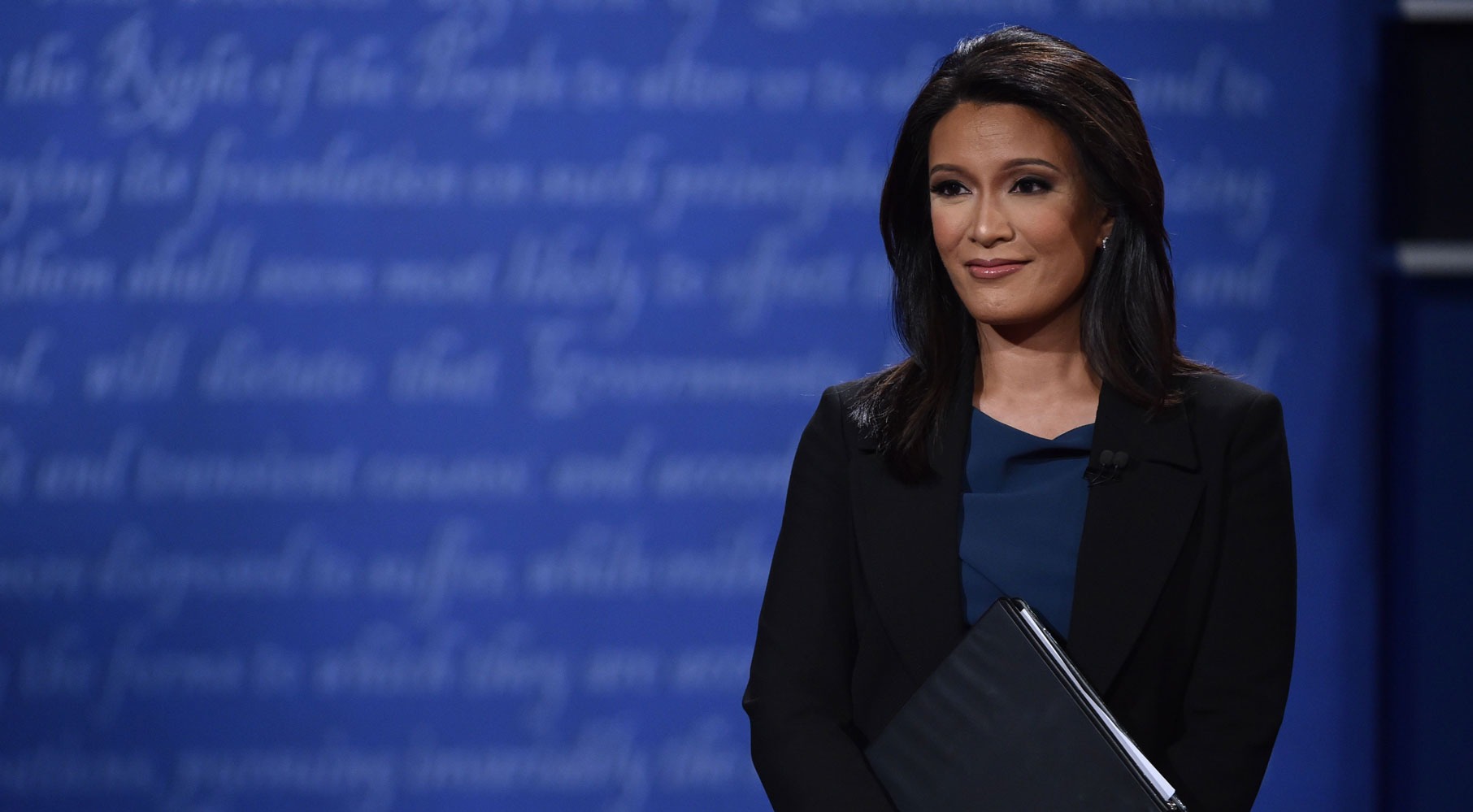 The CBS News reporter, Elaine Quijano will be the one moderating tonight’s vice presidential debate between Indiana Gov. Mike Pence and Virginia Sen. Tim Kaine. In doing so, she replaces Lester Holt who moderated the debate last week.

Elaine Quijano is a former CNN correspondent who joined CBS News in 2010. Quijano, 42, currently works as an anchor for the Sunday edition of CBS Weekend News. But the larger amount of Quijano’s work is on CBS Internet-streamed 24 hour news channel, where she leads its political coverage.

Elaine Quijano, who is a Chicago-area native, will be the first Asian-American to moderate a general election debate. The news of Elaine moderating the debate was announced last month by CBS News President David Rhodes. Besides announcing the news, the news president also went on to say, “Elaine connects today’s digital audiences with these historic 2016 campaigns”.

Elaborating further about Elaine’s selection as the moderator News President went on to say, “Her perspective, dedication to political reporting and important role on CBS News live-streaming platform make her an ideal choice to lead the only vice presidential debate this fall”.

At the first presidential debate, held a week ago, NBC’s Lester Holt was criticized for letting the candidates talk over him and allowing Donald Trump and Hillary Clinton to engage in too much verbal sparring.

Quijano, a former Pentagon and White House correspondent, taking her first step into a major, is less likely to make the mistakes as the previous host Lester Holt did. She is likely to control the debate in an affluent way.

Elaine Quijano’s in-depth knowledge about politics and her experiences of working even in the pressure situation gave her a huge lift up in handing this debate when the stakes were very high.

The debate started with the two presidential candidates interrupting each other in their answers, Quijano confidently broke in, “Gentleman, the people cannot understand either one of you when you speak to each other. I would please ask you to wait until the other is finished”. Quijano to her credit calmly controlled both the candidates to let the debate run smoothly.

People appreciated her efforts in comparison to previous weeks moderator Lester Holt and praised her through social networking sites.