Skip to content
Home » Entertainment » How Much is Deadliest Catch’s Edgar Hansen’s Net Worth? Meet His Wife & Kids

How Much is Deadliest Catch’s Edgar Hansen’s Net Worth? Meet His Wife & Kids 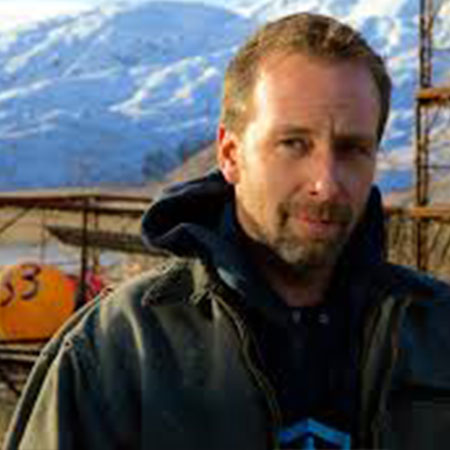 Edgar Hansen is the relief skipper and deck boss of the famous fishing vessel, Northwestern, which is featured in Deadliest Catch.

He is the younger brother of Captain Sig Hansen and deckhand, Norman Hansen.

When he first joined Northwestern, he took over his eldest brother Sig’s previous position as the ship’s cook.

From the early days, Sig described him as a flunky and not very dependable.

In 2016’s season, he took over the boat for bairdi crab season, bringing his son, Erik on board as a deckhand.

Despite Edgar’s concerns, Erik didn’t suffer any catastrophes on deck, but the same couldn’t be said for Edgar in the wheelhouse.

Tensions mounted among his crew as they constantly questioned his decisions.

The conflict grew, even more, when Mavar called Sig to undermine his authority, fearing that Edgar wouldn’t suspend fishing during a dangerous storm.

Despite his strained relationship with the crew, he returned to his role as deck boss for opies season while Sig helmed the wheel.

Once, when an electrical fire broke out in the engine room, Edgar risked his life to staunch the flames and worked tirelessly to reroute power and bringing the crippled boat back to life.

Edgar, being a hard-working and conscientious taskmaster, expects his crew to act likewise.

In an episode of ‘Deadliest Catch’ in 2015, he revealed that he was diagnosed with Degenerative Disc Disease.

The condition led him to struggle with constant back and neck pain making difficult to perform his duties and was potentially career-threatening.

He is married to a woman named Louise, and the couple has two sons, Erik Hansen and Logan Hansen and a daughter, Stefanie Hansen.