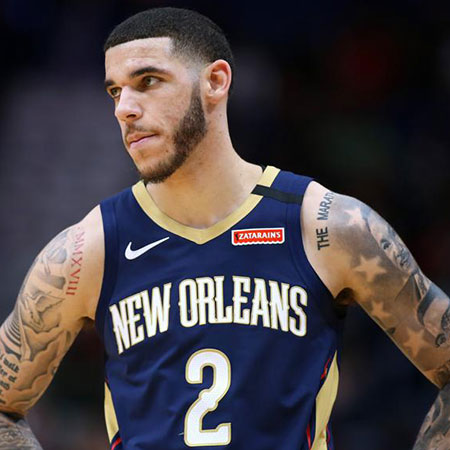 Lonzo Ball, the promising American NBA player, has stolen the attention of many in the recent years.

Apart from his career, his love life has also been a subject of interest to many of his fans.

Well, he has given his heart to a beautiful girl named Denise Garcia for over two years now.

They are high-school sweethearts who met at Chino Hills High School; Garcia graduated from the school two years earlier than Ball.

She shared a picture of them kissing on his graduation day on June 11, 2016, on Instagram and wrote in the caption, “End of one chapter & on to next.”

One thing in common between the pair is their passion for sports. Garcia played soccer as a high school student.

She is a midfielder on the UC Riverside soccer team.

She has been named to the Second Team All-League twice and led her team to the CIF Semifinals in 2012 and the CIF Quarterfinals in 2013.

Currently, she is studying to be a registered nurse anesthetist at UC Riverside and will be graduating in 2018.

Ball opts to keep their relationship out of media limelight. So, they don’t post photos of their time together on social media.

Ball is two years younger than Denise, who is currently 22 years old.

Garcia is close to Ball’s family and was together with them the day the Lakers chose Ball in the second draft.