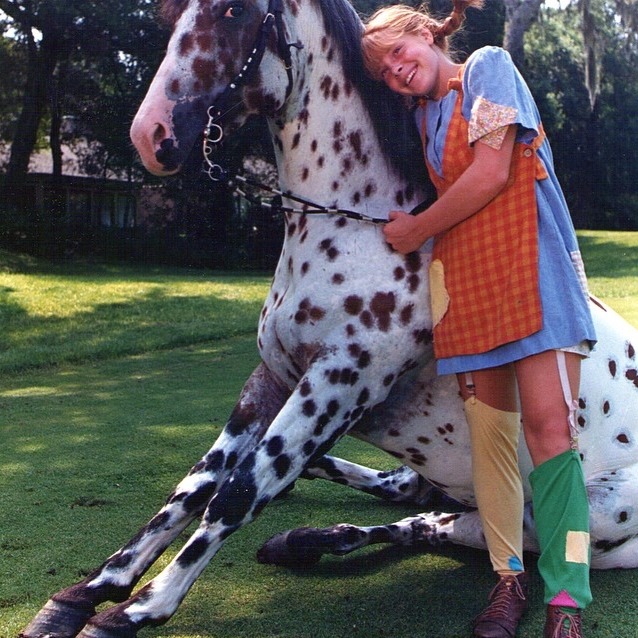 Before Tami Erin could even finish school, she was already an Elite model, signing to one of the biggest modeling agencies in the world, Elite Model Management.

But it was not just her pleasant look that got her noticed; Erin held talent from an early age. Someone who has method acting, singing, dancing and gymnastic on their resume will impress.

Tami Erin and the start of her career!

At the age of 11, Tami Erin knocked the casting director off his feet when auditioning for the role of Pippi Longstocking. And Columbia pictures was more than thrilled to discover her as her talents also included singing, dancing, advanced gymnastics & tumbling & horseback riding. She was finally picked to star in the fantasy-adventure-musical film The New Adventure of Pippi Longstocking.

Her big gained her exposure worldwide, subsequently amassing a large fan base. Furthermore, Erin toured in Asia, Europe and different cities in America while earning royalties. Tami continues to live as Pippi Longstocking at 42 with the international DVD release in 2000 and re-release in 2007.

Tami worked with leading directors and trained in major acting institutes throughout her acting career. Her most recent work as an actress includes roles in Tim & Eric’s Awesome Christmas Special, and I Heart San Francisco.

Erin managed to catch the attention of all people and media after UNICEF named her Ambassador. Besides this, she has also served as an ambassador for Hearts.com. She even gained the title of International Ambassador for ‘Hearts.com’ in 2013.

Currently, the former child actress is forty-seven years old. Likewise, she left her acting days behind. Moreover, she currently works as an influencer and a fashion designer.