Skip to content
Home » Entertainment » What is ZZ Top bassist Dusty Hill net worth in 2018?

What is ZZ Top bassist Dusty Hill net worth in 2018? 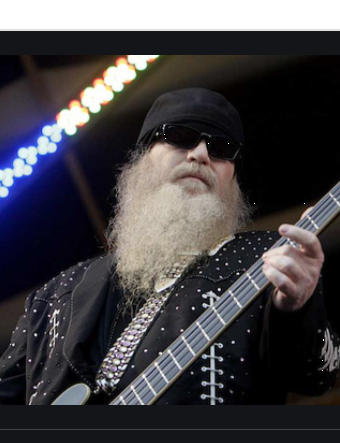 Dusty Hill is best known as the bassist, keyboardist, and co-vocalist of the American rock band, ZZ Top.

One of the famous bearded men on the planet, Hill developed a strong passion for music growing up.

He along with his brother, Rocky Hill, and Frank Beard, played in local Dallas bands, American Blues, the Warlocks and the Cellar Dwellers.

From 1966 to 1968, American Blues played the Dallas-Fort Worth-Houston circuit.

In 1968, the band left the Dallas-Fort Worth area and relocated to Houston with Frank Beard, where they were joined by Billy Gibbons.

Ultimately, ZZ Top was formed in 1969 and their debut album, ZZ Top’s First Album, was released in 1971.

Since then, ZZ Top has been known for its strong blues roots and humorous lyrical motifs, relying on double entendres and innuendo.

The band’s musical style has changed over the years and continues to influence musicians throughout the world.

Beginning with blues-inspired rocks, they started following new wave, and then punk rock and dance rock with heavy use of synthesizers.

According to RIAA, with the sales of 25 million, ZZ Top is one among the “Top 100 selling artists in the US.”

The band was inducted into the Rock and Roll Hall of Fame in 2004.

Over the years, they have released 15 studio albums, 4 live albums, 7 compilation albums and 44 singles.

Fun fact: It been about five decades since the forever bearded man shaved his beard; to be precise, the time was around 1968.