Skip to content
Home » Entertainment » What is Dual Survival star Matt Graham doing in 2018? Where is he now?

What is Dual Survival star Matt Graham doing in 2018? Where is he now? 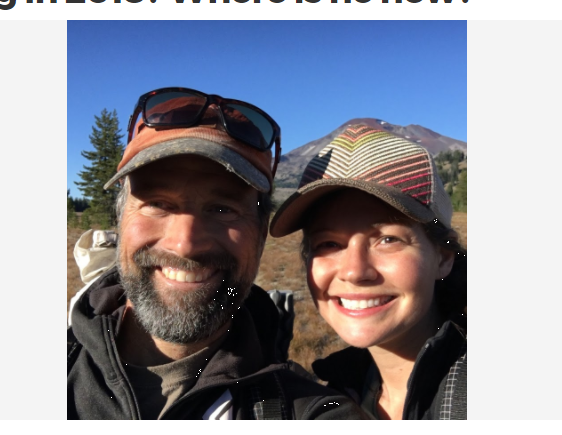 Matt Graham, also known as “Stone Age Sharman,” is a survival expert, who lives in the wilderness of Utah for about half a year. He is a professional survival instructor, producer, author, TV host, designer and is best known for starring in survival shows like Dual Survival.

Where is Matt Graham now?

Born in 1974, in Pierre, North Dakota, he developed curiosity about the wilderness, the lifestyle of the Native Americans, who used primitive tools at an early age. At 17, he trained as a triathlete and rock climber in Yosemite Valley and started traveling backcountry without food and gear. At 23, he ran the length of California (about 1700 miles) on the Pacific Crest Trail in 58 days, which was one of the experiences that shaped his path as a survival instructor.

He moved to Boulder at the age of 24 and started teaching the hunting and gathering techniques at Boulder Outdoor Survival School. Matt is a master of the atlatl, who beat the world champion in seven straight matches. He also studied Judo, Tae Kwan Do, Wushu Kung Fu and Jeet Kune Do. He has been a consultant for several TV productions, including Survivorman and has been featured in magazines like Wilderness Way and Trail Runner. Matt joined Dual Survival in season 4 after aboriginal living skills specialist Cody Lundin was fired from the show. He and Joe Teti co-hosted the show until season 6 and were replaced by Grady Powell and Bill McCowell in season 7.

Prior to that, he appeared on Discovery’s Dude, You’re Screwed and in the documentary, Living Wild. In 2016, he appeared in another reality TV show, Live Free or Die and started appearing in Bushcraft Build-Off in 2017. The primitive skills master is currently traveling different places throughout the world, organizing survival skills workshops and sharing his bushcraft. Over the 25 years, he has been spreading the positive impact of creating healthier relationships with the earth and connecting with nature.

5 Interesting Facts about Mick Doge, The Barefoot Nomad from The Legend of Mick Dodge