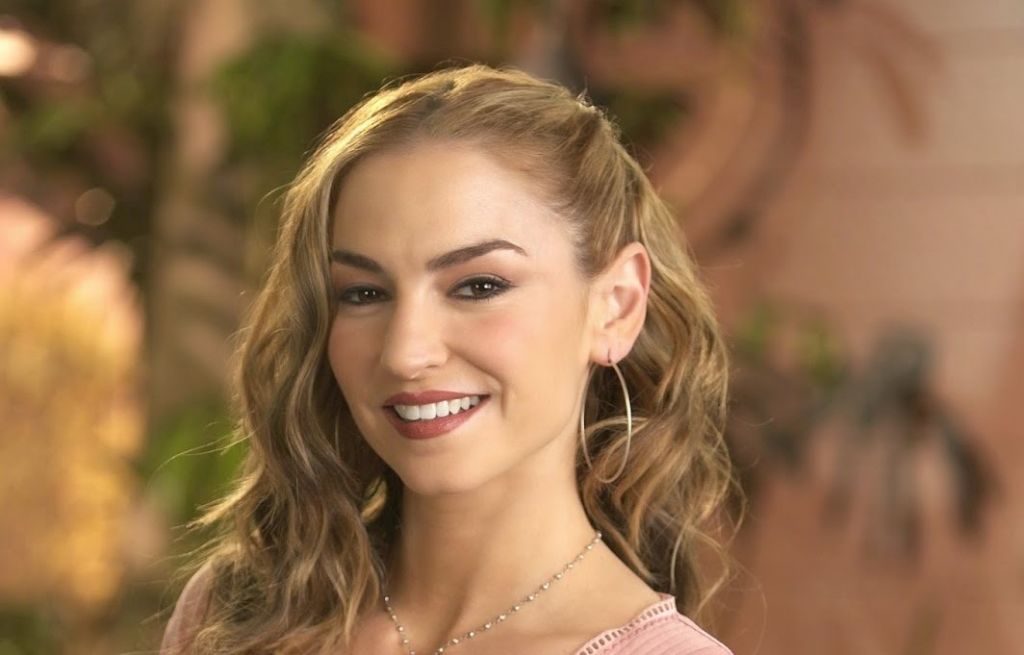 Drea De Matteo was born in New York on January 19, 1972. She started her acting career from a television serial, Swift in 1996. She has banked an enormous net worth of $15 million throughout her career. As of now, she is engaged to Whitesnake musician, Michael Devin.

Drea De Matteo was born as Andrea Donna Matteo in Whitestone, Queens, New York. She is the youngest and only daughter of three children of her parents. Her mother Donna, is a playwright and playwriting teacher, and father Albert, is a furniture manufacturer. She belongs to a Catholic family. 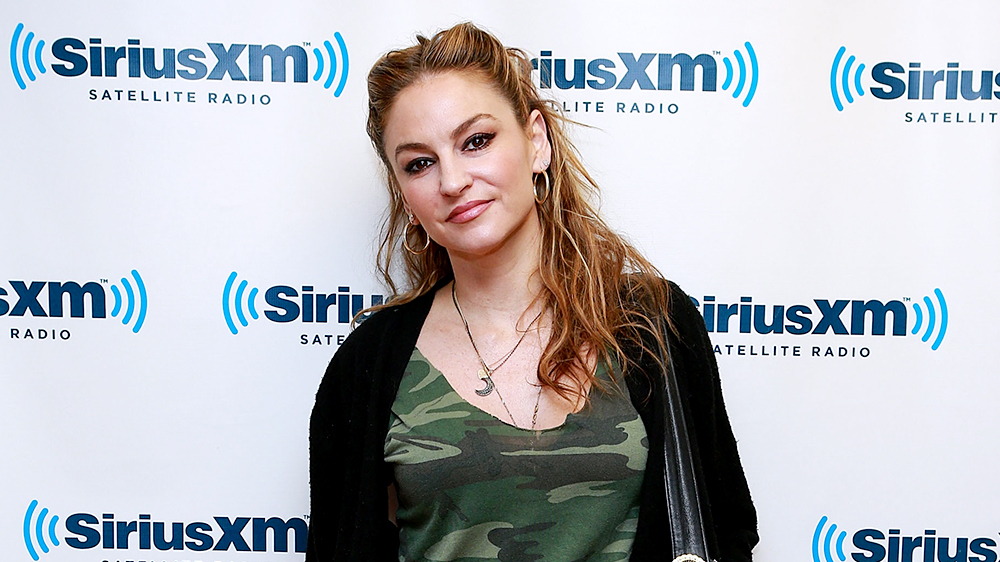 She graduated from Loyola School and further enrolled at New York University’s Tisch School of the Arts with a hope of becoming a director.

Drea made her debut as an actress in 1996 TV serial Swift. Following the success of her debut performance, she landed a role on a well-acclaimed HBO TV series The Sopranos, where she portrayed Adriana La Cerva. The role earned her mainstream popularity, and subsequently, she went on to appear in numerous movies including, Swordfish (2001), ‘R Xmas (2001), The Perfect You (2002), Deuces Wild (2002), Prey for Rock & Roll (2003), and also on 2005 remake of 1976 action film Assault on Precinct 13.

Tommy Flanagan bio: Everything you need to know about him

Moving on, her role on Sopranos‘ fifth season earned her Emmy Award and a nomination for Golden Globe. During 2004-2006, she played the lead role, Gina in the TV show, Joey, a spin-off of the successful NBC sitcom Friends. However, the show got canceled after airing only two seasons. 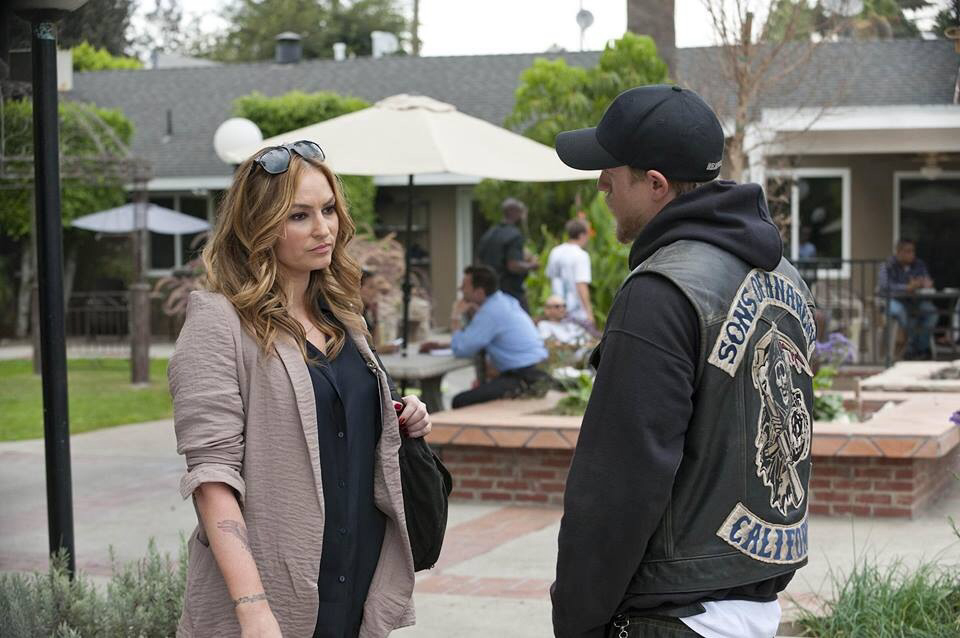 Although she had appeared in numerous TV shows and movies, her well-praised role came in 2008 as a cast member of FX crime drama series, Sons of Anarchy. In the series, she portrayed the character of Wendy Case, a Junkie. She was a notable cast who made her appearance on the show since its inception until it ended on 2014.

Charlie Hunnam: Details on his career, net worth & relationship

In addition to that, she also appeared on season 6 of the ABC show Desperate Housewives as Angie Bolen. Unfortunately, she had to leave on the season 6 finale in 2010, due to some personal reasons. In 2015, she appeared in mystery thriller film, Dark Places (2015) alongside Charlize Theron, Chloe Grace Theron, and Nicholas Hoult. Later, she starred in NBC drama series Shades of Blue, alongside Jennifer Lopez and Ray Liotta. She has become a regular cast member of the show since 2016.

Drea has amassed some serious cash as an accomplished actress. As of 2018, she is worth about $15 Million. She has appeared in several movies and television shows as an actress. She previously owned a clothing store, Filth Mart in East Village. However, she closed the outlet considering to open it in Los Angeles.

Drea is currently engaged to Whitesnake bass guitarist, Michael Devin. He proposed her during the band’s Atlantic City, N.J concert in July 2015. The couple dated for quite awhile before committing themselves to the engagement. 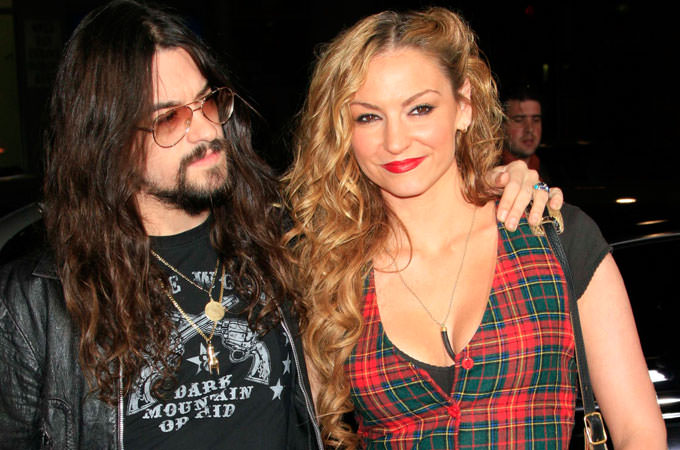 Previously, she was in a relationship with Shooter Jennings from 2001-2013. The pair got engaged in 2009. But they eventually ended their relationship without getting married. She shares two children with him, a daughter Alabama Gypsy Rose Jennings, and a son, Waylon  Albert Jennings.

Drea is fairly active on social sites. She frequently post pictures with her fiance, daughter, and son. She has garnered a huge fan following in social media. She has 640.3K followers on her Facebook page, 257K followers on Instagram, and 113K followers on Twitter.