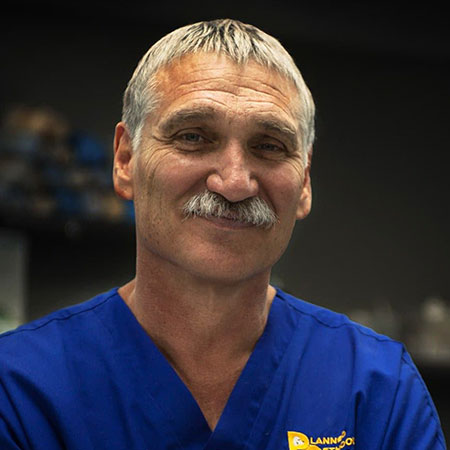 ‘Dr. Jeff: Rocky Mountain Vet’ is the most viewed program on Animal Planet with average viewers of 1.3 million each episode.

Dr. Jeff Young is the owner and lead veterinarian of Planned Pethood Plus, one of the busiest animal clinics in the US, which he opened in 1990.

The show revolves around the clinic and the team of Dr. Jeff and 30 veterinary experts with more than 80k clients.

Dr. Jeff is a charismatic hero, who personifies a free-spirited persona while treating a wide variety of animals in Denver.

His love for animals and passion for veterinary evolved at the age of 8 when his pet dog died. He started rescuing injured creatures afterward

His affection to animals led him to graduate, majoring in veterinary medicine from Colorado State University in 1989.

Subsequently, he got a job as an animal welfare officer in Fort Collins, Colorado, which reinforced his strong ethics on animal care.

After learning that most veterinarians were driven by money rather than animals’ health, he moved to Denver to offer “low-cost animal care for all.”

With desperate desire to rescue animals, he worked 100 hours a week and built his Denver clinic and started traveling across the US.

For more than 25 years, he has been providing low-cost spays and neuters for his clientele and has already performed over 165,000 surgeries.

Since the beginning, he has been attempting to offer animal care to those who can’t afford it through his mobile clinics.

In 2016, he revealed his cancer diagnosis, B-cell Lymphoma, after an 8 cm mass in his lung was discovered.

He had to cut his signature shoulder-length graying hair while going through the chemo treatment.

The diagnosis was even more painful for his fans, friends and customers as hundreds of people took to Facebook to wish him a speedy recovery.

Amidst his health issues and the clinic’s day to day chaos, it was moved to a large-spaced location in Wheat Ridge from Highlands neighborhood.

Over the years, he has specialized in pet populations control through spays and neuters and is committed to providing low-cost animal care to all.

‘Dr. Jeff: Rocky Mountain Vet’ finished airing its fourth season on Dec. 2, 2017, and there has been no news on its renewal.

He is married to Petra Míčková, who is also a veterinary expert. The couple resides above the clinic.