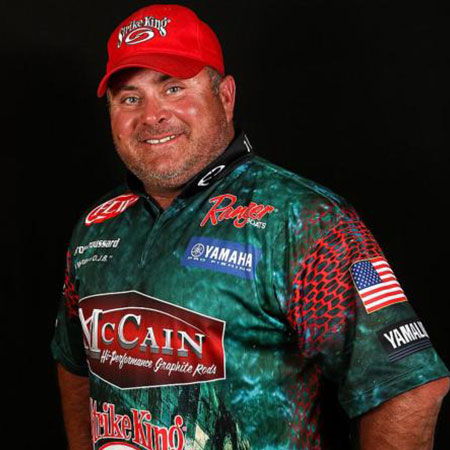 T-Roy Broussard is an American reality star and hunter, renowned for his appearance in the Discovery reality series, Swamp People.

He grew up as a fisherman and duck hunter in and around the marshes of Southeast Texas.

At the age of 13, he won the Junior World’s Duck Calling Championship, in Stuttgart, Arkansas.

Later, at 16, he took home the Intermediate World’s Duck Calling Championship, which was also held in Stuttgart, Arkansas.

Learning the basic tricks from his father, he started alligator hunting when Texas re-opened the alligators season in 1984.

He had his own boat ever since he was 8, and the first alligator he caught was a ten footer.

With more than 27 years of experience in the field, he along with few other new faces were introduced on ‘Swamp People’ in its 4th season.

Initially, T-Roy teamed up with Bigfoot aka Harlan Hatcher and started hunting in Pierre Part, Louisiana under the supervision of veteran hunter, Troy Landry.

However, towards the end of the season 4, he went on to work in Beaumont, Texas, and remained with the show until season 5.

He also handles Swamp Stompers, an alligator hunting business based in Beaumont, Texas which he inherited from his father in 2006.

He provides various online services to his clients through the website, texasswampstompers.com.

T-Roy also has a passion for bass fishing, when alligator season is over, he can be found fishing at the local lakes in the East Texas.

In early 2018, he underwent a hip replacement surgery. During the healing process, he kept his followers up to date through his Facebook.

He married Dana Broussard on March 10, 2012. The couple is blessed with a beautiful daughter.