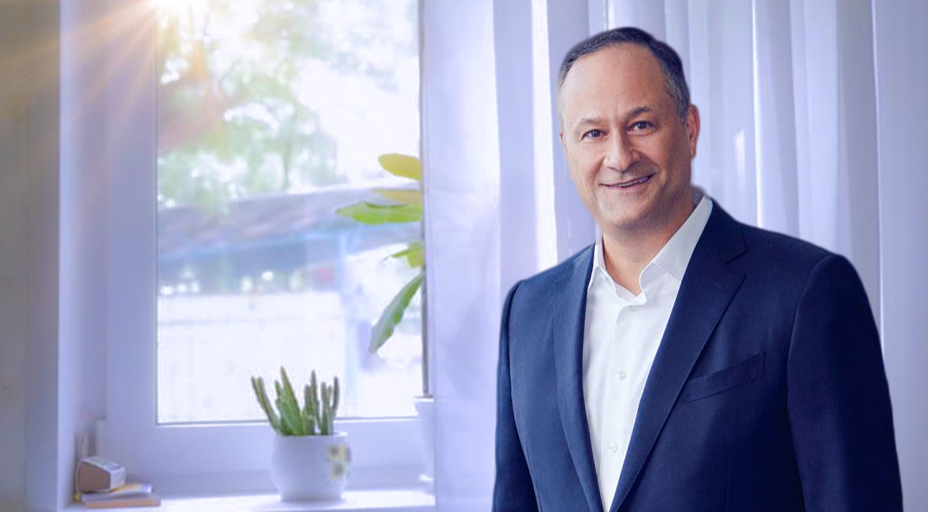 The American Lawyer from New York, Douglas C. Emhoff is best known as the husband of Senator Kamala Harris, who is running for 2020 US Presidential campaign.

For many years we have come across plenty of First Ladies but in this case, Emhoff is said to be one of the potential First Men in the US. Apart from being a supporting husband, he is also known to be a very intelligent and strategic advisor and highly experienced litigator. Here’s everything you need to know about the notable attorney who is also known as the Junior US Senator from California.

Early life and Education of Douglas

Emhoff was born on October 13, 1964, in Brooklyn, New York. The information about his parents is not available but we do know that he was brought up alongside his sister. He completed his high school from New York.

He then moved to California where he completed his Bachelors of Arts in Communication and Media Studies from California State University in 1987. Later, he obtained a Juris Doctorate from the University of Southern California, Gould School of Law in 1990.

Douglas Emhoff’s Career as Lawyer and Net Worth

Right after his graduation, Emhoff became an associate in Pillsbury Winthrop Shaw Pittman LLP in Greater Los Angeles area in 1990. Moving back and forth in the same area for 6 years, he joined Belin Rawlings & Badal as a Special Counsel. In the year 2000, he became a partner of an LA-based law firm. He then was a managing partner at Whitwell Jacoby Emhoff for 6 years in Beverly Hills with Aaron Jacoby and Ben Whitwell.

In August 2006, he joined Venable LLP as its Managing Director and also took responsibility for the branches in LA and San Francisco. He worked there until September 2017 and partnered up with Global Law Firm. He is said to be the go-to lawyer because of his endless experiences. He is specialized in commercial litigation, advertising, and marketing litigation.

For 25 years, he has proven himself in the courtrooms, boardrooms across California and throughout the country. He has maintained a stronghold in Southern and Northern California.

Currently, he works as a partner and litigator at DLA Piper Law Firm, where he works out of both their D.C. and California offices with a specialty in entertainment and intellectual property law. His company profile states, “He represents large domestic and international corporations and some of today’s highest-profile individuals and influencers in complex business, real estate and intellectual property litigation disputes.”

He mostly serves clients entangled in the David vs. Goliath situations. He has maintained a reputed status in the legal field and is involved in various charitable events including Legal Aid, Human Rights and Well-being of children. This notable attorney has a net worth of approximately $4 million, most of which comes from his law partnership draw.

Kamala Harris and Douglas Emhoff had first met on a blind date, which was set up by Kamala’s friend, PR consultant Chrisette Hudlin. After getting to know each other, the two dated for a year. They then got engaged and married on August 22, 2014, about 4 months after their engagement on March 27, 2014. The two have been called the “Power Couple” as both the Senator and the attorney have been helping one another in trying to make America a better place to live and work.

While Kamala’s running for 2020 presidential election and has been working amongst the media, Emhoff has been nothing but supportive to Kamala. We can take an example when he defended Kamala on stage while an activist came and snatched her mic on June 2, 2019.

Emhoff is active on social media and most of his posts are dedicated to his wife and family. He has been constantly showcasing his love and support to Harris as she runs for the presidency.

Who is Luke Hemsworth’s Wife Samantha Hemsworth? Meet Their Family

Emhoff was initially married to Kerstin Emhoff, president of Prettybird Company. They have two children, Cole and Ella. They officially divorced in 2010 and he married Kamala Harris 4 years later.

Although being the “ex”, Kerstin has developed a warm supportive relationship with Kamala. She is seen supporting the presidential hopeful Kamala with various posts on Instagram.

Ella and Cole, on the other hand, have been more than welcoming to Kamala and lovingly call her “Momala”. Cole is a graduate from Colorado University whereas the younger one, Ella is studying Fine Arts at Parsons School of Design. Kamala has maintained a close relationship with the kids as well.

Despite having a tight schedule, the lawyer manages time for his family. He had attended his son’s graduation ceremony in 2017 and during March 2019, he took some time off the campaign trail to spend spring break with his daughter. He is clearly a family guy and loves to look after his wife and kids.