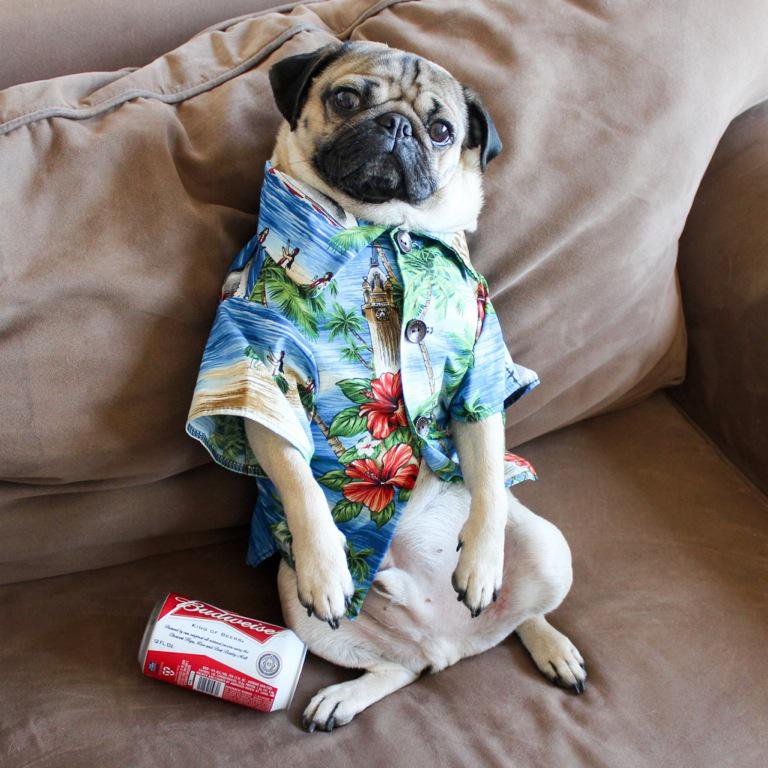 Doug has more than 1 million followers on Twitter, over 5.9 million likes on Facebook, more than 2.8 million followers on Instagram and 105K subscribers on YouTube. He is the first verified animal to have an account on Spotify. You won’t believe, but even greatest music artists like Justin Bieber, Ed Sheeran, John Legend, Meghan Trainor and many more are friends with him.

Many media outlets like Mashable, BuzzFeed, Cosmopolitan, Huffington Post, TIME and more have started writing features on him. He has his own line of merchandise which include tee-shirts, sweatshirts, hoodies, plushies, books, hat, beanie, pins, coffee mug, iPhone case and holiday ball ornament.

This six-year-old celebrity dog, whose followers are increasing day by day, has already amassed a net worth in millions. Although the exact net worth is not disclosed, it is reported that his owners Leslie Mosier and Rob Chianelli bought their first home in Nashville with the help of Doug.