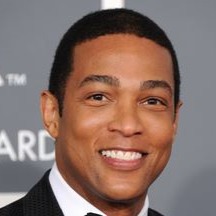 From his early childhood, he was interested in journalism and media. He was educated at Baker High School, a public high school in Baton Rouge Parish. He later joined Brooklyn College where he majored in broadcast journalism. While still in college, he worked as a news assistant at WNYW in New York City. Later, he attended Louisiana State University.

Lemon began his career at WBRC in Birmingham, Alabama. He worked as a correspondent for Today, and NBC Nightly News and also as an anchor on MSNBC and Weekend Today. Lemon’s career took a turn when he joined CNN in 2006. His candid, outspoken take on issues has made him a popular anchor and a news journalist on American television.

Lemon published his book, Transparent, in 2011 in which he discussed how he struggled with abuse, colorism, homophobia, racism, and discrimination as a young child. He also admitted to being gay in his autobiography.

There has been a rumor about him being previously married to actress Stephanie Ortiz but that seems to be highly unlikely after his coming out news. He is currently in a relationship with choreographer John Byrne.

CNN Tonight host Don Lemon made a false claim on Wednesday, March 1, that former Attorney General Loretta Lynch had recused herself from an investigation relating to Hillary Clinton’s private email. But he was quickly corrected by fellow CNN anchor Dana Bash.