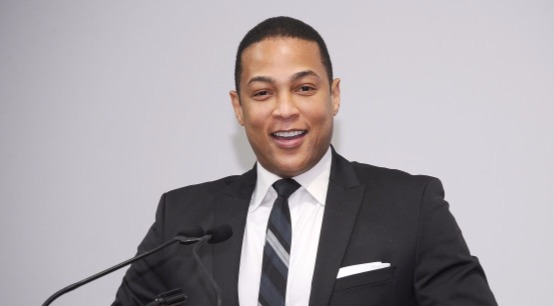 Geraldo Rivera, the cable news host, is known for flaunting his bare chest on social media but he’s not alone now. Don Lemon has officially become one of those anchors who post shirtless pictures on social media.

Appreciation of his body, as well as his work, is widespread in the comments section of his social media accounts. Followers haven’t loved all of his shirtless pics though. Lemon tweeted a pic of his bare shoulders on February 2, 2015, which showed a scar. Many people were shocked by his stunt and his wrong caption fueled several mocking comments.

The rumors surrounding CNN Tonight anchor Don Lemon and actress Stephanie Ortiz are still in full force but it’s his shirtless selfies and tweets that have created a storm on the internet. The openly gay anchor’s alleged marriage to Ortiz caused quite a stir in gossip media a few months ago.

Yes, Lemon is gay. That shouldn’t be a surprise to many as he came out in 2011 through his memoir, Transparent, and even appeared in several interviews where he openly discussed being gay. As soon as he came out, rumors of him having a boyfriend started making it to headlines.

But it is not just his debatable former relationship that has the fans talking. Lemon has blessed his fans with a few shirtless pics and they seem to be going crazy over a shirtless Lemon.

A shirtless selfie taken during the Labor Day Weekend in September 2016 has garnered over a thousand likes and several comments appraising the anchor. If you dig further into Lemon’s Instagram, you’ll find a May 18, 2015, photo of Lemon and a male friend aboard a boat. And yes, he’s shirtless! One of the fan comments read, “Don without a shirt? delicious!”

Don Lemon’s scar became the subject of mockery, but why?

In response to the 2015 measles outbreak in California, social media pundits and politicians were all weighing in on the issue of mandatory vaccinations. Don Lemon also voiced his thought on the issue by posting a picture of his scar on Twitter on February 2, 2015. But the caption led to several people making fun of the CNN host.

Lemon had posted a picture of his bare chest with a tweet “My #measles shot scar from childhood. Do we still need it? Doctor answers on @CnnTonight 10pET. Use # VaccineQs”.

What’s wrong with the tweet is that measles vaccination doesn’t leave a scar. Those who identified the scar in the picture as not from a measles shot but a small pox scar jumped on the chance to ridicule Lemon in the comments section. One Johan Keri wrote, “You might be the worst person in media, and that’s saying a lot,” while Katie Nelson chimed in with “Oh Don, that’s a smallpox scar, buddy. Nice try though. Don Lemon everybody!”

Although it was a wrongly captioned photo, Lemon successfully leaked a nice shirtless selfie. Later he admitted it to being a smallpox shot but the mockery didn’t end there. Well, he should have done some research first!

Openly gay anchor Don Lemon is one of the most popular LGBT figures in American television.

Don Lemon is openly gay. He came out in 2011 in his memoir, Transparent.