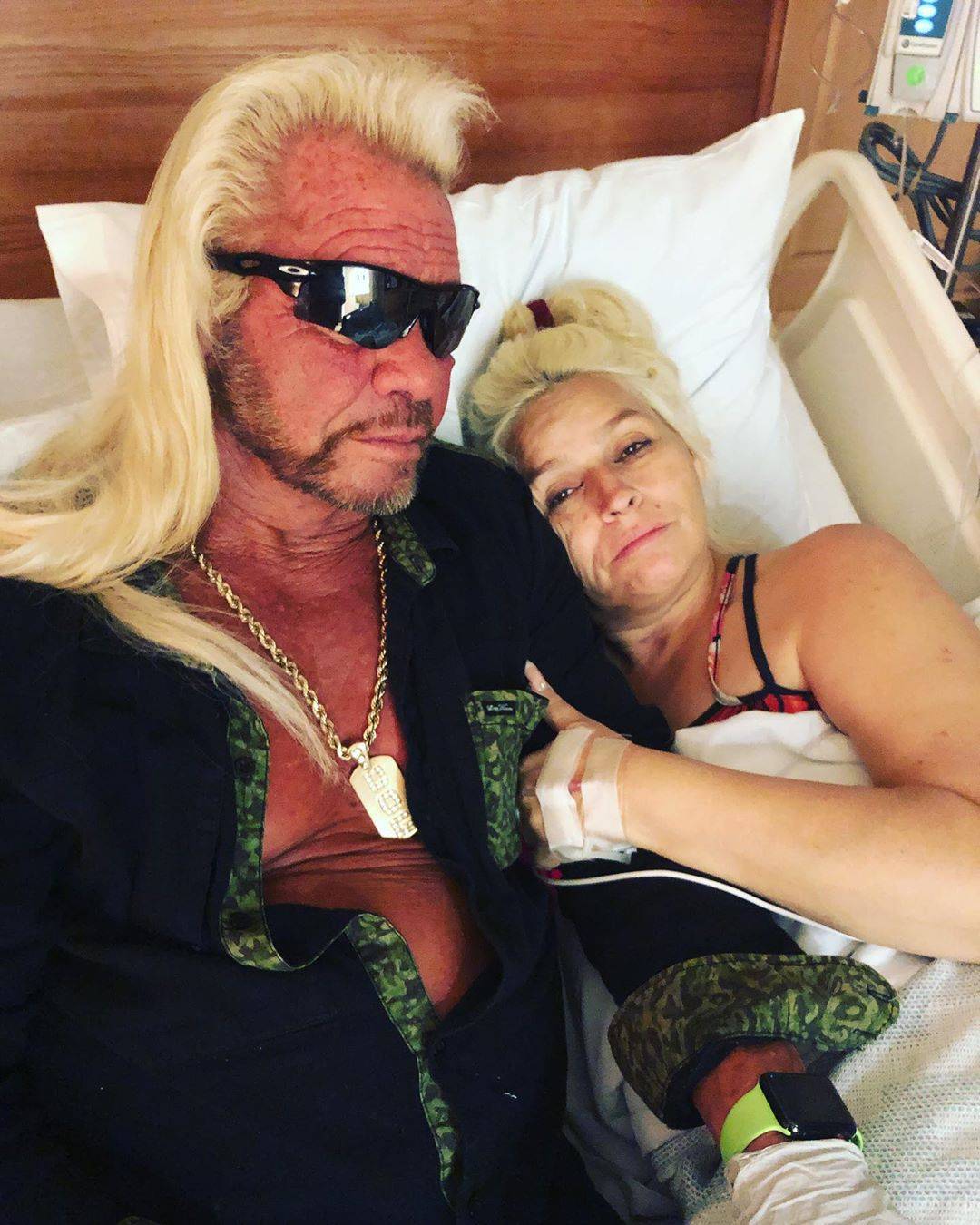 Duane “Dog” Chapman’s wife, Beth Chapman’s cancer has returned. The Dog the Bounty Hunter star had emergency surgery on Monday after suffering a throat blockage, which was obstructing her airways.

What Happened to Beth Chapman?

Beth Chapman was diagnosed with stage 2 throat cancer in September 2017 and was given a 50/50 chance. She underwent surgery to remove her tumor and was declared cancer-free in November 2017 after a tough journey.

However, after a year, the terrifying situation has arrived once again. Chapman family attorney Andrew Brettler said, “Unfortunately, Beth’s cancer has come back. It’s serious, and her doctors are evaluating her treatment options.”

Dog’s son, Duane Lee Chapman Jr., has also dubbed her condition as “life-threatening.” In addition to that, a source close to the family revealed,

“Beth had not been feeling well for a number of months and finally decided to get checked out. She needed to see her specialist, who is based in Los Angeles. Thankfully, she did when she did. It could have been dramatically worse if she never had that appointment.”

The couple previously documented Beth’s cancer battle in an A&E special, Dog and Beth: Fight of Their Lives. The 51 years old reality star had emergency surgery at Cedars-Sinai Medical Center in LA.