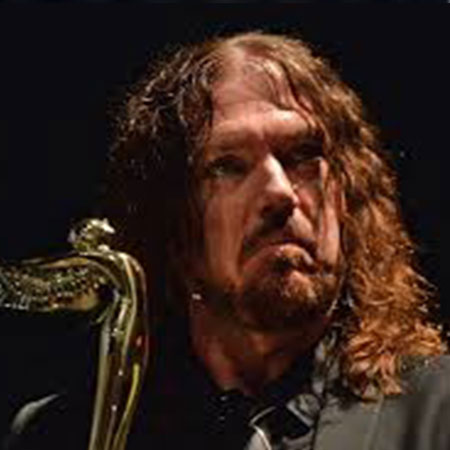 Darren Arthur Reed aka Dizzy Reed is an American musician best known as the keyboardist for the hard rock band, Guns N’ Roses.

Born on June 18, 1963, in Hinsdale, Illinois, he learned to play the organ when he was in elementary school.

In the 1980s, he moved to Los Angeles, California, with the hope of pursuing a career in music.

Before joining the rock band, Guns N’ Roses, he spent five years playing with a club band, The Wild.

In 1990, he was invited by Axl Rose to join Guns N’ Roses, for the recording of the albums, Use Your Illusion I & II.

Since his recording debut, he has contributed as keyboardist, pianist and backing vocals.

He then went on to play on albums such as, The Spaghetti Incident?, Live Era ’87–’93, Greatest Hits, and Chinese Democracy.

Reed is also one of the longest-serving members of the band alongside Axl Rose.

Reed is also a casual actor, having appeared in a number of videos and movies including, Charlie’s Death Wish, The Still Life, and Celebrity Art Show.

He was also a member of the Australian-American rock band, The Dead Daisies, from 2013 to 2016.

He tours with the cover band, Hookers N’ Blow, when he is not busy working with Guns N’ Roses.

He was named ‘Outstanding Keyboardist of the Year’ at the 2007 Rock City Awards and in 2012, he was inducted into the Rock and Roll Hall of Fame.

Dizzy was married to Lisa, an author, for 20 years until their divorce in 2010.