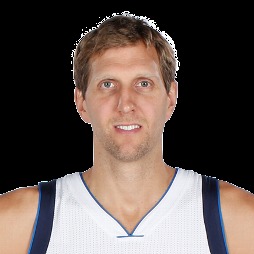 Dirk was born on June 19, 1978, Würzburg, Germany, Nowitzki to father and mother who were both professional athletes. His father Jorg Werner was a handball player and mother was a basketball player. So, it was very easy for Dirk to get into the career of sports.

In 2012, Dirk married Jessica Olsson, the sister of Norwich City and Sweden National Team’s football player Martin Olsson. The couple has two children named Max Nowitzki and Malaika Nowitzki. The kids are very playful with their father. So, Dirk likes being around with his kids.

Dirk Nowitzki is 38 years old and hasn’t retired yet

Dirk Nowitzki is 38 years’ old and still plays basketball as a profession. By this time, most players think about retiring. However, Dirk doesn’t seem concerned about it yet.

Dirk started into professional basketball as a player for DJK Wurzburg in 1994. He played for German League for the next four years. There he established himself as a world-class player. Nevertheless, NBA authorities did not fail to notice this emerging talent.

Dirk went to Dallas Mavericks in 1998. Since then, he has been playing for that team. Recently, he signed a new contract with Dallas.

Athletes do earn enormously more than a regular table-job guy. Just like the football players in the Premier League, NBA athletes also earn a huge sum of money. And, they are traded at the price of millions of dollars.

According to the recent contract of Dirk with Dallas Mavericks, he will be earning a whopping $25 million – leaving the earnings from endorsements aside. Since the start of his career, Dirk has amassed a wealth of around 170 million dollars.

In the beginning, just like other players, Dirk was also struggling to make enough money. Now, he is one of the highest paid basketball players in the world.

Dirk Nowitzki is an outstanding person, not just by his inimitable basketball skill, but also by his giant body parts. Any man in the world would look like a kid in front of him.

Dirk is almost 7 feet tall and weighs 111 kg. To put this in comparison, Dirk stands more than a foot taller than an average man. Likewise, he weighs enormously more, but perfectly in accordance with his height.

Interesting part is that Dirk wears the shoes of size 15.5 (US). A shoe size of 7-8 would fit any man of an average size. His feet are almost double the size of an average man. Dirk is truly outlandish.