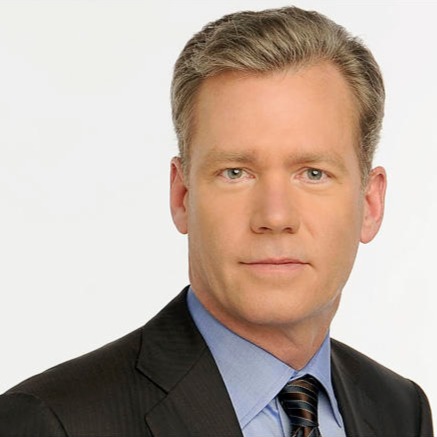 Chris Hansen, a prominent name in the journalism arena, has been creating a sensation among his fans with his investigation reports since he broke into television. An American television journalist, best known for his performance in Dateline NBC, Chris is currently hosting a new show called Killer Instinct on Investigation Discovery.

Born on September 13, 1959, in an American household, Chris’s birth took place in Chicago, Illinois. Raised in the northern Detroit suburbs of Birmingham & West Bloomfield, Chris was enchanted by journalism from a tender age.

In the year 1993, Chris joined NBC network as a reporter for Now with Tom Brokaw & Katie Couric & later became a well-known anchor for NBC News’, Dateline NBC. His remarkable work for Dateline indulges the coverage of the Oklahoma City terrorist attack, the TWA Flight 800 disaster, the Columbine massacre, the September 11 attack, the Unabomber & many others. His hidden camera has uncovered some serious secrets & scams that were both moving & shocking.

Merging with the website Perverted-Justice, Chris started anchoring Dateline NBC reports under the name of To Catch a Predator. Following the show popularity, Chris then hosted spinoff series, including To Catch a Con Man & To Catch an I.D. Thief. Following his departure from NBC in 2013, Chris has been hosting a new show called Killer Instinct, since 2015.

Additionally, Chris has had made guest appearances on television shows including The Tonight Show with Jay Leno, The Adam Carolla Show, The Oprah Winfrey Show, The Don and Mike Show, The Daily Show with Jon Stewart & many others.

Chris has been honored with numerous prestigious awards for his supreme performance in the journalism industry. Regarded as one of the influential men in the news world, Chris has been the recipient of seven Emmy Awards, three Clarion awards, four Edward R. Murrow Awards, & many others.

Currently residing in Connecticut with his small family of gorgeous wife Mary Joan Hansen & two sons, Chris Hansen is a family man, whose personal life is as successful as his professional life. Despite this piece of information, Chris is utterly silent regarding his personal life.

As media industry is the place where talent sells more than beauty, also looking best in every occasion is essential for a media personality. Likewise, Chris, a man of fifty-six age, has perfectly balanced his physique alongside his facial structure, as there is no sign of wrinkles & frown-lines. As there is no authentic revelation on his height, we pegged him between 5’10’’ and 6’2’’.

Chris Hansen, a nine-time Grammy-award-winning journalist, is currently associated Investigation Discovery’s new show called Killer Instinct. The brief bio and interesting news about her can be obtained from her from visiting various websites, including Wikipedia & IMDB.