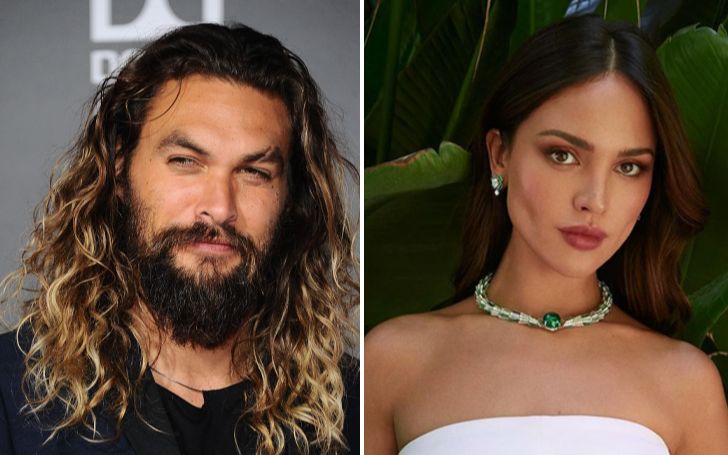 Four months after splitting with Lisa Bonet, rumors of Jason Momoa moving on have surfaced. Multiple sources close to Momoa reported that he is dating Eiza González. However, the pair have not announced anything yet.

Jason was photographed attending the premiere of Eiza’s movie, Ambulance. However, they did not walk the red carpet together. In addition, the pair has not made a public appearance as a couple.

Only a few months after finalizing his divorce, Jason Momoa has moved on. US Weekly has confirmed that the actor is officially seeing Eiza González. However, the pair are keeping things casual.

It is not clear how the two actors met. However, sources close to Jason report that the couple is having fun getting to know each other. In addition, the source also said that Momoa and González are very attracted to one another.

There was previously a rumor of Momoa dating actress Kate Beckinsale. However, Jason shut down the rumors saying it was chivalry. In addition, the actor has yet to confirm his relationship with Eiza.

The world was shocked when Jason Momoa and Lisa Bonet split ways. The pair was together for 17 years and married for 4. Beside, Momoa and Bonet have two children together.

The pair met at a jazz club in 2004. Jason and Lisa tied the knot in 2017 in a hidden ceremony. In addition, the couple named their children Lola and Nakoa-Wolf.

While Jason and Lisa did not talk about the details of their breakup, a source told people’s magazine that the split did not happen overnight. The couple drifted away from each other. Momoa wanted to keep growing in his career, while Bonet wanted to sit back and relax.

Who is Eiza González?

Eiza González is a Mexican actress and singer. She was born on January 30, 1990. She is famous for her debut role as Lola Valente in the Mexican musical telenovela Lola, érase Una Vez.

The actress was born in Mexico City. She is the only daughter of Glenda Reyna and Carlos González. However, Eliza’s father died in a motorcycle accident when she was 12.

González attended two private bi-lingual schools. Furthermore, Eiza completed two years of a three-year course at Televisa’s acting school. However, she was cast as the lead in the telenovela Lola Érase Una Vez at 16.

As of 2022, Jason Momoa’s net worth is $14 million. Momoa makes his primary income as an actor. In addition, some of his popular roles are Aquaman and Khal Drogo in The Game Of Thrones.

In 2020, Jason signed an endorsement arrangement with Rocket Mortgage. The actor also starred in the company’s Super Bowl commercial in 2020. Momoa also promotes Mananalu Water on his Instagram.

It is unclear if Jason and Lisa have a divorce settlement. The former couple is keeping the details of their divorce private. In addition, Momoa also thanked his fans for respecting his and his ex-wife’s wishes.