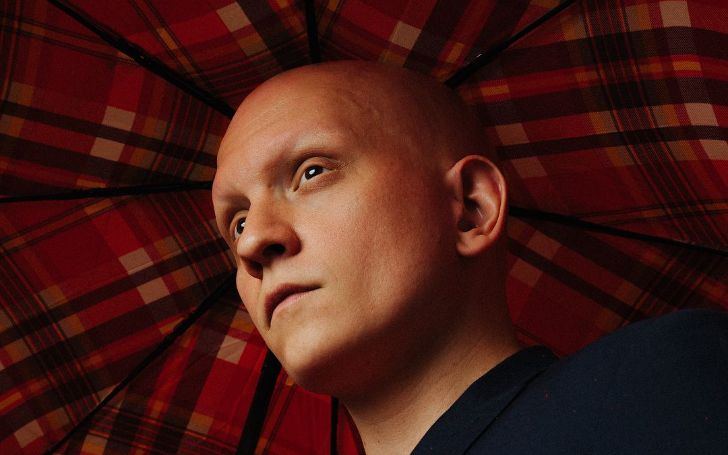 Anthony Carrigan is an American actor. The star is famous for playing the roles of villains in sever TV series. Carrigan suffers from a condition that causes hair to fall all over his body.

Carrigan is famous for his role as Victor Zsasz in Gotham. He also appeared in Fatherhood as Oscar. In addition, Anthony appears as NoHo Hank in the new season of Barry.

How old is Anthony Carrigan?

Anthony Carrigan is 39 years old. He was born on January 2, 1983. Besides, Carrigan was born in Boston, Massachusetts. And as such, the actor from Barry holds American nationality.

Carrigan grew up with his sister, Deidre Claire. However, the identity and profession of his parents are unavailable. In addition, very little information is available on Anthony’s childhood. And so, the names of Carrigan’s parents stay hidden from the world.

Although his parents remain hidden, he comes from an Irish, English, one-quarter Portuguese Azorean, and more distant Polish and Welsh ancestry. Furthermore, his father was born in England.

The actor has suffered from alopecia areata since childhood. Carrigan started losing more hair in his 20s. Besides, Anthony is now known for his lack of hair, eyebrows, and eyelashes.

Is Anthony Carrigan in a relationship?

Anthony Carrigan is married to professional chess player Gia Olimp. The couple met at the Broadway-Lafayette Street train station in New York City. Anthony had gotten off at the wrong station while Gia had gotten on the wrong train.

The pair ended up alone on the same platform. Hence, Carrigan decided to talk to Olimp. The pair don’t share much about their relationship.

Sarah Goldberg, is she dating or still single?

Carrigan and Olimp tied the knot on June 22, 2018. Anthony posts a few pictures of his wife, but he deletes them as soon as possible. In addition, the pair keep their relationship away from the limelight.

As of 2022, Anthony Carrigan’s net worth is $3.3 million. Carrigan makes his primary income by acting. Because of his alopecia, the actor is often typecast as a television villain.

Carrigan holds a degree of Bachelor in Fine Arts from Carnegie Mellon University. He first appeared in Law and Order in 2008. Anthony made his film debut in The Undying in 2011.

As Anthony is private about his life off-camera, it is unclear how the star spends his millions. There is no information available on Carrigan’s home and other properties. In addition, the actor has a stable career as a TV villain.

The actor shares very little about himself. He uses his platform to speak up against social injustice. Furthermore, Anthony also posts pictures of his fellow stars.

For more fun bios and news, please drop by our webpage, E-Celebrityfacts!