Amazing secrets of Deadliest Catch that you may not know 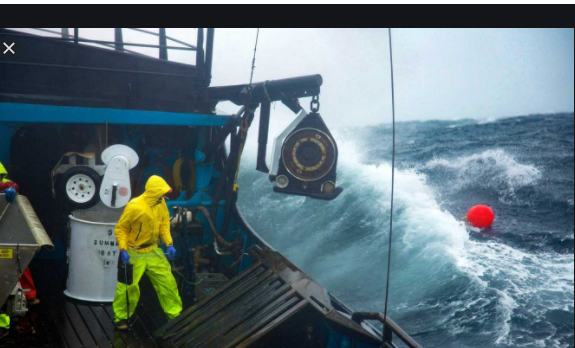 ‘Deadliest Catch’ has been one of the most popular reality TV shows, since it premiered in Discovery in 2005.

It has showcased the lives of captains and their crews as they risk their lives while catching crabs on the icy Bering Sea.

Audiences are hooked on the antics of the crabbers and their skippers and can’t seem to get enough of the real-life high sea adventure.

However, like other reality shows, a lot goes behind the scenes to make the show more pleasing to the audience.

Many Locals Dislike the show:

You might imagine, a lot of people, who live in Alaska and work in the commercial fishing trade in the area are fans of ‘Deadliest Catch.’

But, you are wrong. As Discovery is funding the fishing expeditions on the show, other fishermen who are fishing there are making no money.

As soon as the cameras are turned on, the money starts rolling in and what used to be real turns into something that is pretty much fake.

A producer was murdered:

The death of fishermen, who work in incredibly dangerous conditions, isn’t uncommon. But the death of a producer, Joseph McMahon, is quite shocking.

He was shot to death outside of his home when he went out to investigate a noise. The murderer was found dead the next day.

The Hillstrands keep Messing them up:

The Hillstrands became pretty big stars on the show, and the Discovery Channel even offered them their show called Hillstranded.

The brothers later refused to complete the show, leading the network to file a lawsuit against them.

Not only that, but they were also sued by a former deckhand, who injured himself on a boat that they were in charge of.

Same is the case with deck boss Nick McGlashan, Captain Elliott Neese and many other fishermen in the fleet.

It isn’t really a Deadliest Catch:

The red king crab and opilio crab seasons featured in the show aren’t as dangerous as the Dungeness crab industry.

They even try to fake storms. Clever editing has been made to make mild storms look like violent ones.

Once, the producers tried to ride a heavy storm. Unfortunately, they went to the sea with a leaking boat.