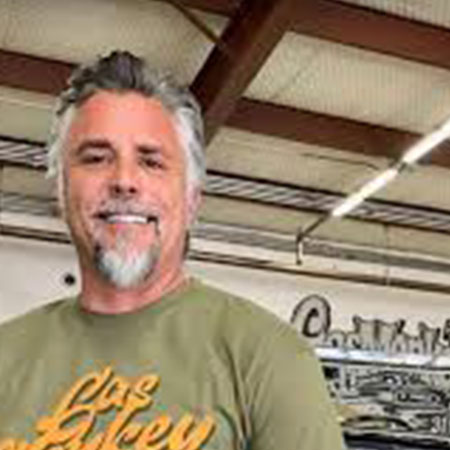 ‘Fast N’ Loud’ and its star, Richard Rawlings, the owner of Gas Monkey Garage, have been a household name among the reality star fans.

The show follows the crew of GMG as they turn old rusty cars into profitable customs with a lot of hard work.

However, there are a lot of things happening which do not make it to the viewers’ living rooms.

Here are some secrets about ‘Fast N’ Loud’ you probably did not know.

You might have watched the episode where Jesse James orders to deliver a dump truck full of horse manure to Gas Monkey Garage.

That was in response to Rawlings’ comment that Jesse James was “in Texas trying to act like a Texan.”

He also threw down on Jesse mocking about his marriage with Sandra Bullock and for abandoning his motorcycle shop.

Rawlings has been married thrice, twice to the same woman. He was first married to a woman named Karen Grames.

He married Suzanne Mergele in 1999. His forever busy schedule became the cause of their divorce.

However, they got back together again in 2015 and are married ever since.

Gas Monkey Garage has laid off some pretty good mechanics like Jordan Butler and Tom Smith, and for a stupid reason.

They apparently let a fan pose in front of Rawlings’ prized Rolls Royce, and the shop manager didn’t like it.

The manager shouted at them, and Smith shouted back. Rawlings fired them afterward.

A huge blow came for GMG later in the form of Aaron Kaufman’s resignation.

Everything worked out in the end. Smith and Butler started appearing in ‘Misfit Garage’ and Aaron in ‘Shifting Gears.’

Apart from the garage, entrepreneur Rawlings has also his hands in other businesses, most notably, GMG Bar & Grill.

The restaurant fell victim to a sting operation called Bottoms Up, where one of their high-end Patrón Tequila was tested as fake.

The restaurant denied the allegations saying, they would put too much at risk “to save a few nickels.”

They claimed that two cars were prototypes of Firebird before the mass production, however, they were just two first cars off of the line.

Though it is pretty impressive to get hands on the first production car, it was not impressive enough for TV.