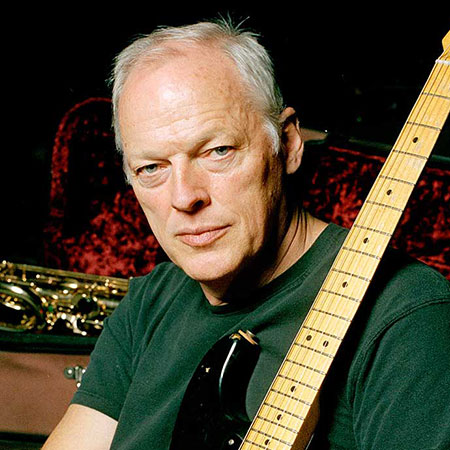 David Gilmour is an English guitarist, singer and songwriter, best known for his work in the progressive rock band, Pink Floyd.

In addition to his work with Pink Floyd, he has achieved a successful solo career and has also worked as a producer for various artists.

Here are a few guitars that David Gilmour has collected or used throughout his career.

David Gilmour got this guitar as a gift for his 21st birthday.

“I started out on a Telecaster before I joined Pink Floyd, and it was the first really good guitar I had.” -David Gilmour

He also used the guitar with the band, ‘Bullitt.’ The guitar features a white finish, white pickguard and rosewood neck.

David bought the Fender Stratocaster at Manny’s Music Store in May 1970, after his old Fender was stolen along with Pink Floyd’s whole rig.

He played “The Black Strat” for the first time at the Bath Festival in Shepton Mallet, Somerset, England in June 1970.

The guitar was put on display at the Dallas and Miami Hard Rock Cafes until 1996, after which he played for PinkFloyd’s 2005 Live 8 show.

He used the Gibson J-200 Celebrity for live performances of “Wish You Were Here” during the 1994 tour.

David actually owns two of these guitars and still uses the standard pitch tuned as his main onstage guitar.

David used this guitar to record several guitar solos on ‘The Wall’ album, including the solo on ‘Another Brick in the Wall (Part 2).’

He used this Telecaster, which was tuned to dropped D, on the 97/90 tour with Pink Floyd for the song, Run Like Hell.

David used another similar Telecaster with standard tuning for the song, Astronomy Domine as well.