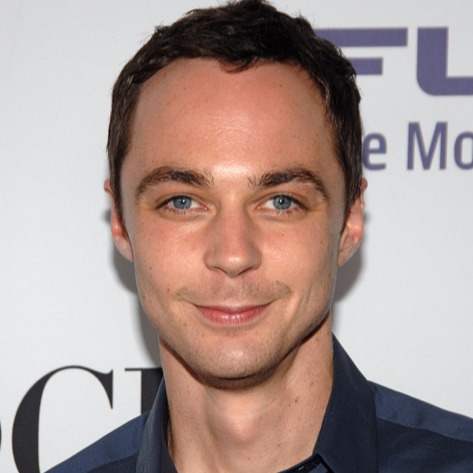 Jim Parsons’s storyline isn’t so much different from other renowned actors. Like many, he began his journey as a young boy fascinated by films at a very age.

Starting his career from Off-Broadway stage and television commercials, Jim has grown up to be an inseparable part of the American entertainment industry. His portrayal of Sheldon Cooper on ‘Big Bang Theory’, a CBS sitcom claimed him to international stardom and many creditable roles followed.

As a son of the Milton Joseph Parsons, Jr. and Judy Ann, who was a teacher, he was born on 24th March 1973, in Houston Texas. He was brought up in the Northern suburb, Spring and sent to Klein Oak High School there.

He determined to pursue an acting career after performing the role of Kola-Kola bird in a school production of the play ‘The Elephant’s Child’ when he was just six.

Parsons cites his early influences as sitcoms like ‘Family Ties’, ‘The Cosby Show’ and ‘Three’s Company’. Upon high school graduation, he attended the University of Houston for an undergraduate degree. During that time, he had already become prolific performer appearing in the over 15 plays.

Jim’s deep fascination in the field is evidenced by his founding membership in Infernal Bridegroom and regular appearances at Stages Repertory Theater. Later, he was also one of the seven students to receive a 2-year course in classical theater from University of San Diego.

While he was hanging on the off-Broadway stages with an ambition to be a renowned actor, he auditioned to get an onscreen role and finally landed his first television appearance with a guest spot on the sitcom ‘Ed’. His recurring role as Rob Holbrook on drama series ‘Judging Amy’ followed afterward.

Parsons was propelled to the global stardom when he played Sheldon Cooper on the CBS sitcom ‘The Big Bang Theory’. Credited as the significant factor to the sitcom’s big success, he earned several awards and accolades for his performances that include 4 Emmys on the category of outstanding lead actor and Golden Globe on the category of best actor.

Parsons was billed to lend his impressive voice to numbers of features thereafter, including ‘Family Guy’ & ‘Eureka’. His popular guest spots include on ‘Saturday Night Live’ and ‘iClary’.

Alongside his small screen fame, he has also starred in several films including ‘Happy End’, ‘Garden State’, ‘School of Scoundrels’, ‘Heights’, ‘Home’, ‘Wish I Was Here’ and ‘The Muppets’.

In 2011, his Broadway debut in ‘The Normal Heart’ playing Tommy Boatwright handed him a nomination for the Drama Desk Award. Afterward, reprising the role in the play’s big-screen adaptation, he earned Emmy nomination for outstanding supporting actor.

Awarded television and stage actor, Parsons currently resides in his houses in Los Angeles and in New York City. He is openly gay. The news was made public through an article in New York Times on 23rd May 2012.

The news also disclosed his long-time relationship with an art director Todd Spiewak. As of now, their relationship has already spanned over a decade. But they don’t seem to have any plans of settling down.

In 2013, Parsons talked about their relationships saying ‘an act of love, coffee in the morning, going to work, washing the clothes, taking the dogs out – a regular life, boring love’.

Clear graph of Jim Parsons’s career is found in several sites on the internet. Many of his fans have cited him as ‘an open book’, who haven’t made an effort to hide even his sexuality. He is active in social media, where you can get his latest updates.