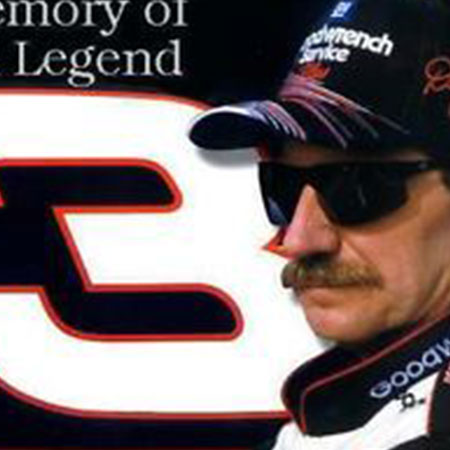 Dale Earnhardt Sr. is a legendary stock car driver who is known for NASCAR racing.

One of the most accomplished racers in the history, he still has millions of fans, even though he is no more in the world.

Let’s take a look at some facts about this legendary driver.

Dale Earnhardt Jr. made his career debut with Charlotte Motor Speedway in North Carolina in Winston Cup in 1975.

He finished 22nd at the end of the race while driving No. 8 Ed Negre Dodge Charger.

For his aggressive style of driving, he was nicknamed, “The Intimidator” in the 1987 season.

He is also called “The Count of Monte Carlo.”

He became a seven-time NASCAR Winston Cup winner in 1994 and tied the tally with legendary Richard Petty.

The feat was not accomplished for another 22 years. Jamie Johnson won his seventh NASCAR in 2016.

FATHER: BORN TO A RACER

He was born on April 29, 1951, to Ralph Earnhardt, one of the best short-track drivers in North Carolina at that time.

Ralph had won a NASCAR Sportsman Championship in 1956 at Greenville Pickens Speedway.

In 1996, Dale became the third driver to start in 500 consecutive Winston Cup races.

By 1997, he had won over $30 million in career earnings, most for any race car driver ever.

He has two sons, Dale Jr. and Kerry and a daughter Kelly from his first two marriages.

From his marriage with Teresa Earnhardt, he has a daughter named Taylor.

Apart from being a racer car driver, he also owned a company called Dale Earnhardt Inc.

After his death, his wife, Teresa and his son, Dale Earnhardt Jr. had a falling out, which led Jr. to leave the company and join Hendrick Motorsports.

His son, Dale Earnhardt Jr. is also an accomplished racer who has 26 career wins, including two Daytona 500 wins.

DEATH: KILLED IN A RACE

During 2001 Daytona 500, he was trying to protect the leads of two drivers, Dale Jr. and Michael Waltrip when he met with an accident.

He was hit by another car from back, and he ran into a wall at 180 mph which left him dead.

The successful racer was inducted into NASCAR Hall of Fame posthumously in 2010.

His wife, Teresa and all his four children gave speeches during the event.