Insight into Fat Guys in the Woods’ Creek Stewart’s Life 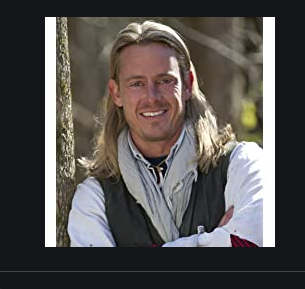 He got his name Creek from his grandfather as a nickname, as he used to spend a lot of time in the creek during his young age.

He became an Eagle Scout at the age of 14 and has been trying to make people known about the Boy Scout’s famous motto, “Be Prepared” his whole life.

He has studied and practiced survival from a very young age and claims that his experience comes from thousands of hours in the field.

Willow Haven Outdoor, which is one of the most unique Survival Training Facilities in the world, is the culmination of the years of his survival experiences.

Creek has made guest appearances in various TV shows like ‘Inside Edition,’ ‘The Today Show,’ ‘Fox & Friends’ and others.

He has been featured in several magazines like Outdoor Life, Backpacker, Men’s Fitness and Living Ready among others.

He has been contributing articles to the hugely popular men’s interest blog ArtofManliness.com.

In 2014, he hosted the original series, Fat Guys in the Woods on The Weather Channel.

Now, he hosts the survival show, SOS: How to Survive also on The Weather Channel.

In the show, Stewart documents the real-life survival situations and gives his tips on how to repurpose everyday objects to help with survival.

The show premiered on August 20, 2017, and has since aired six episodes. The latest episode entitled Desert Heat aired on Sept. 24, 2017.

Stewart along with Mike Jackson from the show will be hosting a survival training event for a week starting on April 6, 2018, in Kentucky.

In 2015, the Boy Scouts of America honored him with the NESA Outstanding Eagle Scout Award.

He sells a limited number of a survival product at a low price on the 7th of every month.

He announced on his official site that he is launching a new teaching initiative called The ABCs of BOBs.

He has released various fiction and non-fiction books to help people with survival tips.

He has answered people’s curiosities about the amount of his net worth stating that his worth grows with every survival skill he teaches to people.

Are you planning to adventure somewhere far from human civilization world? Do follow the survival tips by the expert Creek Stewart.