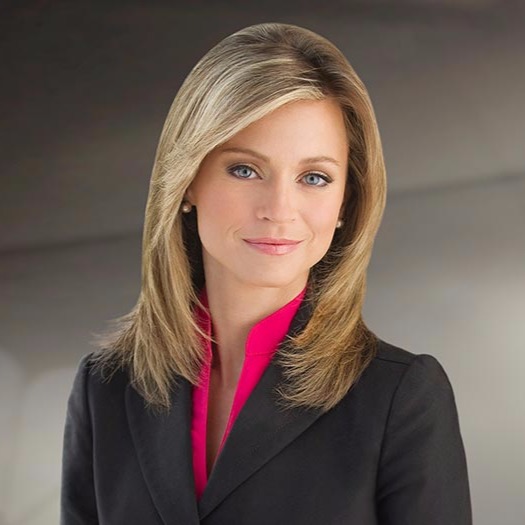 Courtney Reagan came to the spotlight as an American reporter for CNBC. Furthermore, she ventured on to many other networks over the years. Likewise, Reagan also worked in NBC.

What’s more, Courtney graduated from NYU Stern School of Business. And the college graduate is a married woman. Please keep reading to find out more about Reagan’s bio.

On November 8, 1982, Courtney Reagan was born in the United States of America. And no surprise, Reagan holds an American nationality. Furthermore, Courtney comes from a white heritage.

Despite gaining such recognition, Reagan keeps her family away from the spotlight. And thus, the names of Courtney’s father and mother remain hidden for now. Likewise, it stays unclear if the Senior Retail Reporter at CNBC grew up with siblings.

Courtney graduated from Centerville High School in Centerville, Ohio, in 2001 and completed her bachelor’s degree with double majors in finance and mass communications from Miami University in 2005.

In 2013, she completed MBA with distinction from New York University’s Stern School of Business, specializing in economics, entertainment, media, technology and luxury marketing.

Early and Current days as a Reporter

Growing up, Courtney didn’t want to be a business reporter and didn’t even know that the niche existed. She became familiar with news reporting when one of her college friends named Julie died in a fire on campus.

She took an unpaid internship at Dateline in NYC during her senior year of college. Then, she learned about NBC’s famous Page program and applied for it. Through the Page program, she got an opportunity to join NBC News in 2005 and worked for various shows like Weekend Today and Dateline NBC. She also held multiple positions at Merril Lynch and ESPN Networks.

In 2006, She joined CNBC as a desk producer. She anchored the daily business headline reports for CNBC, MSNBC and CNBC World. She worked as a segment producer for CNBC’s On the Money, where she wrote and produced news stories and packages for the program.

Courtney was named general assignment reporter for CNBC’s Business Day programming in 2011. She is also recognized for her contributions to NBC’s Today and NBC Nightly News. Currently, she is co-hosting Nightly Business Report on CNBC.

Though Courtney has stayed lip-sealed in the recent days about her personal life, many of you might know about the surprise on-air proposal by her long-time boyfriend, Jared Baker, in November 2013.

While she and her co-host Tyler Mathisen were discussing the luxury jewelry in a segment of Nightly Business Report, Jared walked on the set and popped the question to her, leaving her tearful.

It’s been a long time. Seven years…I love you so much. I have since the day I met you. I’ve always known you were the one. I love your smile. I love your laugh. I even love the way you dance. Will you marry me?

She didn’t waste any second to say yes.

Following the engagement, she hasn’t been much open about her life. But, according to registry.theknot.com, the two had their wedding registry on August 31, 2014.

Courtney took training to run the New York City Marathon to support the Pancreatic Cancer Action Network of New York City. She ran marathons in 2013 and 2014 and raised thousands of dollars for the cause. She is known to be the top individual fundraiser for her team.