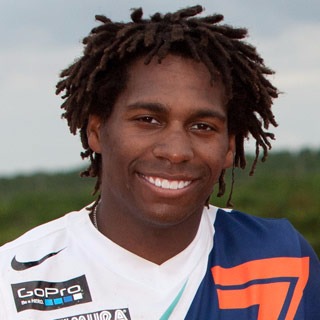 Also known as Bubba Stewart, James Stewart Jr. competes in Supercross championships and currently rides the No.7. He is the first African-American to reach such heights.

James Stewart is a living prodigy of the racing industry

James was born on 21st December 1985 in Bartow, Florida. His father, James Sr. was a motocross racer and inspired his son to join the racing field. James Sr. turned his 40 acres backyard in motor tracks to facilitate his son’s practice. No wonder, James Jr. participated in racing sports at the age of three and won his first amateur title at six.

James started his profession as a racer in 2002. He was titled the 2002 ‘Rookie of the year’ for his outstanding performance at 125cc national championship.

After recovering from two worst injuries, James won first Supercross title in Texas Stadium in 2005. He broke records and grabbed all the titles in the year 2005 and 2006. But in 2007, due to another knee injury, he was unable to participate further. James bounced back with his immense talent and won the Supercross championship against his old time competitor Chad Reed in 2009.

In 2011, James crashed alongside competitor Kevin Windham. However, in 2012, he won his 44th Supercross title at Daytona International Speedway.

In 2010, while competing against his tough old-time competitor Chad Reed, he became aggressive on the race track and suffered a massive crash in the season’s first race. Result of which, both James and Reed were given official warnings. Despite an initial injury, he pursued 11 wins at 17 races.

He finished third in the season’s finale at Las Vegas. James recalled later “Defending your championship is harder than winning, because you have guys that are really hungry to take it from you.”

James has been featured in popular publications like The New York Times, Maxim, ESPN The Magazine and Rolling Stone. In 2003, he was titled one of “20 Teens Who Will Change the World” by the Teen People.

What makes him more likable is that he has well furnished acquaintances with sports personalities including Michael Jordan and Ken Griffey. He also made a guest appearance in Deal or No Deal, a popular TV game show.

The renowned motocross racer has an estimated net worth of 18 million. He lives a luxurious life in Haines City, Florida. He has a huge collection of stylish and luxurious motorbikes and cars. In addition, he lives a life of fame. He has 289K followers at @js7. He maintains his personal website at js7.com.

Not much is known of James’s personal life. He was surrounded by gay rumors for a while. He is fond of football. His favorite football team is Green Bay Packers.

Titled “the Tiger Woods of Supercross”, James Stewart Jr. is an inspiration to all young ones to follow their respective passions!