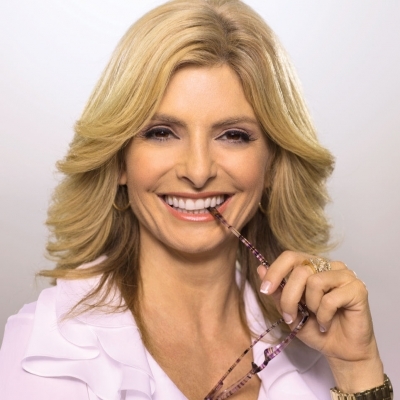 American civil rights attorney Lisa Bloom stands recognized mainly for her work as an anchor in Lisa Bloom: Open Court. She is a feminist who has spent most of her time-fighting corporates over unjustifiable sexual harassment towards women in the workplace.

Learn about Bloom’s early life and bio down below. Similarly, please keep reading to learn more about her personal life.

On September 20, 1961, Lisa Bloom was born to high-profile civil rights attorneys Gloria Rachel Allred and Peyton Huddleston Bray Jr. She identifies herself as Jewish since her mother is a Jew. She has also taken her mother’s maiden name.

Her father, Peyton, had bipolar disorder and later committed suicide. When her mother remarried William C. Allred, Lisa was seven, who adopted her.

She completed her Bachelor’s degree early from the University of California, Los Angeles. Phi Beta Kappa approached her to join their society when she was National College Debate Champion. She later got a Juris Doctor from Yale Law School.

Lisa Bloom Career and Net Worth

Credible sources have not verified Lisa Bloom’s exact net worth. Still, she reportedly owns an infamous murder house located in Los Feliz, which she bought for $2.3 Million last year. This purchase showcases that her net worth and income are extensively higher.

Following her graduation, Lisa achieved a license to practice law in New York and California. She is the founder and managing partner of The Bloom Firm, a general law firm that handles civil, family and criminal cases.

As far as her lawsuits go, she has unsuccessfully sued the Boy Scouts of America for sex discrimination on Katrina Yeaw, a girl who wanted to join the scouts. She has also filed a child sexual abuse case against the Roman Catholic Church and has sued Los Angeles Police Department (LAPD) on several occasions.

Alongside radio host Wendy Walsh, Bloom has recently filed a case against former Fox News television host Bill O’Reilly for sexual harassment. Approximately 30 women claimed to be sexually harassed by the television host. The accused claims he was an easy target for individuals who seek to get paid to avoid negative publicity.

She also helped a woman who accused the present President of the United States of America, Donald Trump, of rape. Jane Doe was 13 years old when the billionaire Trump raped her at Epstein’s parties.

Lisa serves as a legal analyst for several television networks, including CBS News, HLN, MSNBC, and CNN. She is also an author and has come with two books to date.

Vanguard Press published her first book, Think: straight for women to stay smart in a Dumbed-Down World, in May 2011. The New York Times Bestseller listed the book after Kirkus Book Review looked at the book. In May 2012, she released her second book entitled Swagger: 10 Urgent Rules for Raising Boys in an Era of Failing Schools, Mass Joblessness, and Thug Culture.

Lisa Bloom has married twice. However, details about her first husband and the reason behind their divorce remain shrouded in mystery.

She married the internet entrepreneur Braden Pollock in 2014. She and her second husband welcomed two children, daughter Sarah Bloom and son Sammy Bloom.

Lisa is a vegan who keeps her past affairs hidden. We can find nothing regarding her ex-boyfriends on the internet.