Skip to content
Home » Entertainment » Dating since 2014, Corey Gamble & Kris Jenner has strong Relation without Rumors of Separation! His Net Worth?

Dating since 2014, Corey Gamble & Kris Jenner has strong Relation without Rumors of Separation! His Net Worth? 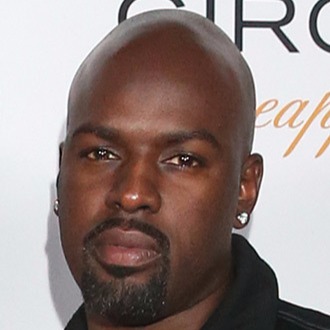 Corey Gamble and Kris Jenner have been dating since few years. Recently, while was daughter Kim Kardashian was busy seducing the fans at an award function, Kris was wooing her man. Gamble, who is popular for having Kris Jenner as a girlfriend, hasn’t opened about his net worth.

Amazing! 60 years old reality star is romancing with 35 years old man. While Kris is active in the social media for being an active television star, her beau isn’t seen much.

Always love, affection and care since the beginning

Gamble and Jenner, who were just friends decided to take their relationship to the romantic level in November 2014. E! News confirmed that the duo didn’t waste any time in showing off their respect for each other.

Many pictures of these love birds featured their intimacy and very amazingly matched chemistry. Kris Jenner looks so incredible for her age.

What began as a friendship later turned to a romantic feeling called love when both of them were on a vacation in Mexico, back in November 2014. The couple first met in Spain at designer Riccardo Tisci’s 40th birthday party, back in August the same year.

Corey, who is Justin Bieber’s tour manager has been sharing a relationship with a mom of six.

Kris has always been in the media limelight for her impeccable dressing sense. The 60-year-old stunner was seen in a flattering black outfit that stuck to her age-defying curves. The Keeping Up With the Kardashians star gave fans a look in a daring outfit that showed off her assets. The duo was together for a dinner at Craig’s Restaurant in West Hollywood.

Planning to Settle Down

Reports have it that Kris is planning to tie the knot with her boyfriend, who is more than a decade younger than her. Allegedly, she has told her family and friends that she can’t see herself with anyone else.

Claiming that he has been supportive and good to her at any difficult times, she sees Corey as someone very important to her. Though she had to settle for the worse reality of her divorce from her long-time husband Bruce Jenner, now she is planning to settle down with her new beau.

While Corey and Kris were heading strongly with no apparent chance for separation, Sheree Buchanan advised Kris not to marry that man who is always after money and power talking to the Life & Style Magazine.

Being steady on her advice Sheree said “Gamble is very controlling and stalkerish. He can fly off the handle over anything if he doesn’t get his way. He showed up at my house. I had changed my locks but somehow he got a key.”

Jenner and Gamble have reportedly a what called “Sugar Mama” relationship, in which the reality star has the 35-year old man on a 20 thousand dollars monthly salary.

Not engaged in any distinctive profession, Corey is not a celebrity man whose net worth has not been publicized. However, his girlfriend, Kris Jenner, owns over $40 million into her account.

Rumors about on-again and the off-again relationship between Corey Gamble and Kris Jenner have surfaced in the past, they always seem likely to carry forward their relationship.