Who is Car Masters: Rust to Riches star Constance Nunes? Net Worth 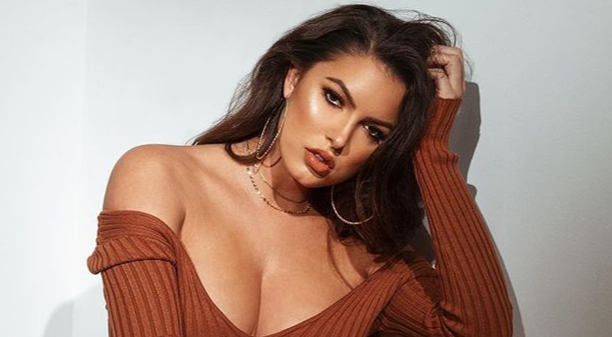 There are very few women who have been working in the lucrative business and even few have been able to stand out from the crowd which includes the 30 years old mechanic, Constance Nunes. Constance Nunes is an American model and reality star, who is best known for appearing reality show on the hit Netflix show, Car Masters: Rust to Riches.

Constance Nunes was born on 17 November 1989 in Portugal. She was raised in Portugal but later moved to Los Angeles to pursue a career in modelling. Growing up Nunes learned quite a few things about cars from her father, who was a drag racer and loved fixing cars.

In 2008, Nunes began her modeling career and earned representation from NTA Models in Los Angeles Agency. She then began modelling  for various companies such as Adore Apparel, Jeep Wrangler and Jockey.

She even did numerous commercials for different brands like Motorola, Finishing Touch, Feral Cosmetic, Jlux Label, Javanan Magazine and Reebok. In 2016, she was also featured in Kia Super Bowl commercial.

With a passion for automobiles, Nunes ventured onto the journey as an automotive mechanic. She began working on personal build-ups which is seen in her YouTube Channel, Cars by Constance. Following that, she worked with Ford, Audi, Acura and BMW and as an aftermarket director in a service department.

Continuing on this career, she then went on to star in the 2018 reality television series, Car Masters: Rust to Riches with a crew from Gotham Garage.The show ran on Netflix for a total of eight episodes which premiered on September 14, 2018. The new season of the show is said to premiere on March 27, 2020.

The 30 years old Nunes is also thinking of opening her own car business. She also runs a website Cars by Constance in which she gives tips on how to repair car parts without the help of a mechanic.

Who is Constance Nunes Married To?

Constance married her long-time boyfriend, Jared Toller on February 9, 2019 in the world-famous Newhall Mansion in Piru, California. But unlike most weddings, the couple did not wear white but chose the complete opposite.

For #babystang and I its always bikini and @rockstarenergy season ? fueling up on Blue Raz Xdurance and taking full advantage that i live in so cal and can pretend it’s summer already…what would be your dream #rockstarenergy flavor to sip this summer? #constancenunes #rockstarpartner #carsbyconstance

The Car Masters star is pretty active on Instagram as well as on Twitter. She constantly shares pictures of her crew from Gotham Garage as well as of her husband, Jared. Besides that she also posts images of her 1964.5 Ford Mustang, which was the first vehicle she bought when she was sixteen.

What is Contance Nunes Net Worth?

While Nunes does have a successful career as a mechanic and model, her net worth is estimated to be around $1 million. The 30 years old Nunes is currently working for specialty shops around Southern California which includes, Gotham Garage, Charlie’s Corvettes and Classics.