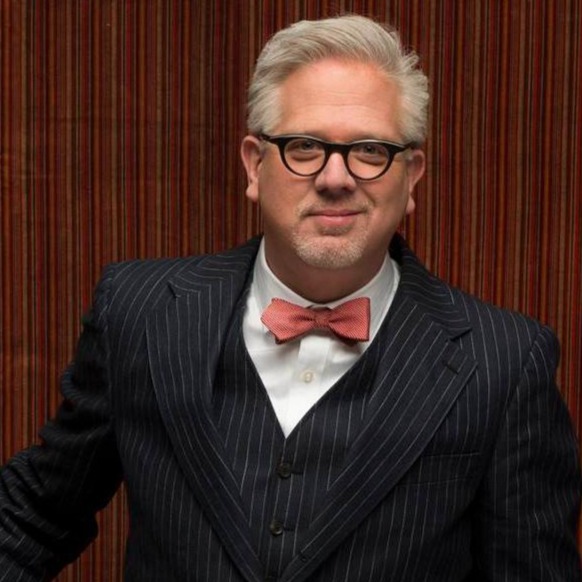 10th February 1964 born television & radio talk show host, Glenn Beck is a leading voice amongst the political right. Born in Everett, Washington, his family relocated to Mount Vernon, Washington shortly after his birth. Brought up in a Roman Catholic background, he was sent to Immaculate Conception Catholic School.

Then, after his mother died in 1979, he moved to Bellingham along with her sister and completed his high school studies from Sehome High School in 1982.

Shortly thereafter, he headed Provo, Utah and landed a job at KAYK, a radio station. He left the network for WPGC in Washington, D.C. after six months and then made his way to the KZFM. Hosting a weekday show named Captain Beck and the A-Team; he earned high reputation as a “young up and comer”.

Following that, he honed his skills from the various small platforms and went on to be nationally popular media personality starting a radio talk show Glenn Beck Radio Program in 2000. Since its inception in 2002, it has become the highest rated radio program and has been aired throughout the US on Premiere Radio Networks.

Additionally, Beck also hosted a television program named Glenn Beck on HLN starting in January 2006 till October 2008, on Fox News Channel from January 2009 till June 2011 and currently hosts the show on TheBlaze. Dedicated to the media world, he is a founder & CEO of Mercury Radio Arts which is a multimedia production corporation, through which contents for radio, publishing, television, the Internet and the stage is produced.

The dedicated media persona is also an author by profession. He has authored sixNew York Times bestselling books.

With a place in the heart of many people worldwide, this man with a height of 6 feet 3 inches, has given his heart to two women in his life. Twice married, Beck is a father of four children, two from each marriage. Hemet Claire, his first wife, while working for WPGC.

The couple exchanged their wedding vows in 1983 and welcomed two daughters, Hannah and Mary. Failing to make their marriage last, the couple divorced in 1994 while Beck was struggling with substance abuse.

After the years-long struggle with his singlehood, he tied a knot with Tania Colonna in 1999. Since then the couple is seen happy together parenting two children, Cheyenne and Raphe.

The multiple award winner currently hosts The Glenn Beck Program & a 3-hour morning radio program. Both are aired on TheBlaze, a network he launched in 2011. His full biography can be read in various sites around the internet including Wikipedia.