What is Dual Survival star Cody Lundin’s net worth? 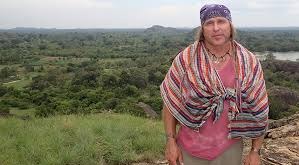 Cody Lundin is a survival expert and instructor, best known for appearing on the Discovery series, Dual Survival. He appeared in the series for four seasons from 2010 to 2014, initially with Dave Canterbury and later with Joe Teti.

Cody Lundin was born to a military father on March 15, 1967, in Yavapai County, Arizona. But, Cody moved around a lot during his childhood. Furthermore, Lundin’s family settled in Laramie, Wyoming, where he completed his high school education. While studying B.A. in Depth Psychology and Holistic Health at Prescott College, he lived on the streets and backyards of friends.

In 1991, he started a survival school, Aboriginal Living Skills School in Prescott. What’s more, Cody worked at the school as an instructor. He has published two books on survival, 98.6 Degrees: The Art of Keeping Your Ass Alive and When All Hell Breaks Loose: Stuff You Need to Survive When Disaster Strikes.

Lundin hosted the Discovery show, Lost in the Wild back in 2004. He became famous as the shorts-wearing and barefooted survival expert in ‘Dual Survival.’ He announced his departure from the show on Facebook on February 17, 2014, citing differences of opinion regarding the cause.

He lives off the grid in his self-designed house in the wilderness of northern Arizona. With the income from his time on TV and his book sales, he has collected an estimated net worth of $1.5 million.

Where is Joe Teti now? Why did Joe Teti leave Dual Survival? Find out what happened to Matt & Joe.