Tahnee Welch and her Playboy appearance created a sensation 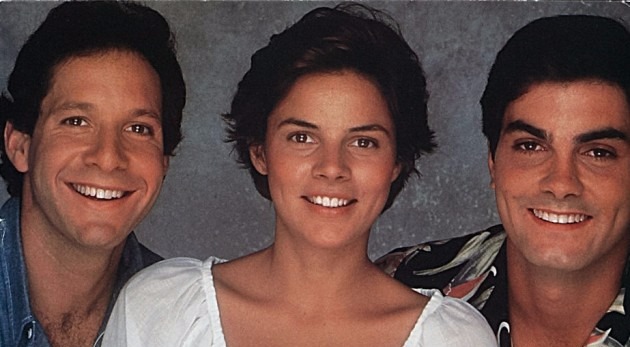 Daughter of famous actress Raquel Welch and James Welch, Tahnee Welch is an American model and actress. She is most noted for her outstanding performance in Ron Howard’s blockbuster film  Cocoon.

Tahnee Welch had a rough start:

Tahnee Welch was born in San Diego, California, in 1961, and her birth name is Latanne Rene Welch. Despite being the daughter of a famous actress, she had a rough childhood. As Tahnee stated in one of her interviews, Welch did not have a close relationship with her mother: It was difficult growing up the child of a famous mother. Her mother has also confirmed this by saying that she prioritized her career above her children, often abandoning Tahnee and her elder brother Damon with nannies.

Tahnee wanted to be a Ballet dancer but couldn’t pursue her career in it. Later she left home at the young age of 16 to begin her career as an actor and started doing jobs as housemaids and hairdressers around Europe. After some odd jobs, she moved to New York and took acting classes there.

Tahnee Welch’s career as an Actress:

In 1984 Tahnee Welch’s dream came true when her acting career started. Tahnee debuted in the Italian film Amarsi un po opposite the beautiful actress Virna Lisi. Within a short time, she became a favorite among Italian audiences. Later she returned to New York, and in 1985 Ron Howard approached Tahnee for his directorial venture Cocoon. After the success of Cocoon, she continued acting in Italian films also.

We can also see Welch’s remarkable acting in movies like  Sleeping Beauty (1987), Lethal Obsession (1987), Cocoon: The Return, Search and Destroy (1995), The Criminal Mind (1993), Sue (1997), Black Light (1999) and much more. In November 1995, she posed for the nude pictorial edition of Playboy Magazine. She also appeared in American Vogue, Italian Vogue, Italian Moda and German Bunte magazines.

In 1988 she was diagnosed with lacerations above her right eye, a bruised left eye, scrapes around her face and back pain as she was punched and mugged by two men outside her Manhattan apartment when she was returning home from a late-night grocery shopping around 12:40 am.

Tahnee Welch: Is she dating someone?

Previously Tahnee Welch was romantically in love with Luca Palanca. They met when Welch was working in the kitchen of Joe and Joe’s Pizzeria.

After Luca, she dated Tv actor Jared Harris, son of actors Richard Harris and Elizabeth Rees, for five years ( 1991 to 1996 ). Even with some romantic past, this 56-year-old hasn’t married anyone yet.