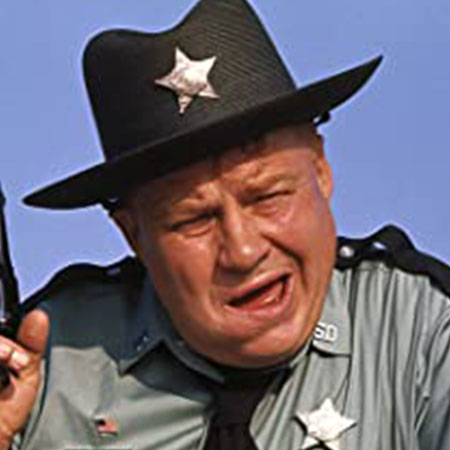 Clifton James was born on May 29, 1920, in Spokane, Washington, to Harry and Grace James.

Prior to stepping into Hollywood, Clifton served in the United States Army.

For his service in the military, he was awarded the Purple Heart twice, the Silver Star and the Bronze Star.

James had his debut in the film industry in 1957 in the movie, The Strange One, where he played Colonel Ramsey.

He got his breakthrough role in 1973 as Sheriff J.W. Pepper in the James Bond movie Live and Let Die and The Man with the Golden Gun.

Clifton had appeared in numerous television roles in series such as ‘Lewis & Clark,’ ‘City of Angels,’ ‘Captains and the Kings,’ and ‘The A-Team.’

James was loved for his character portrayal in All My Children and Lone Star.

His last film appearance was in Neal Miller-directed movie, Raising Flagg in 2006.

His net worth was never revealed but his career that spanned nearly six decades gives us a hint that he had possibly garnered millions of dollars.

James was married to his first wife, Donna Lea Beach, from 1948 to 1950. They had one child together.

In 1951, he tied the knot with Laurie Harper, and they have five children together.

James passed away on April 15, 2017, in Gladstone, Oregon, at the age of 96 due to diabetes complications.