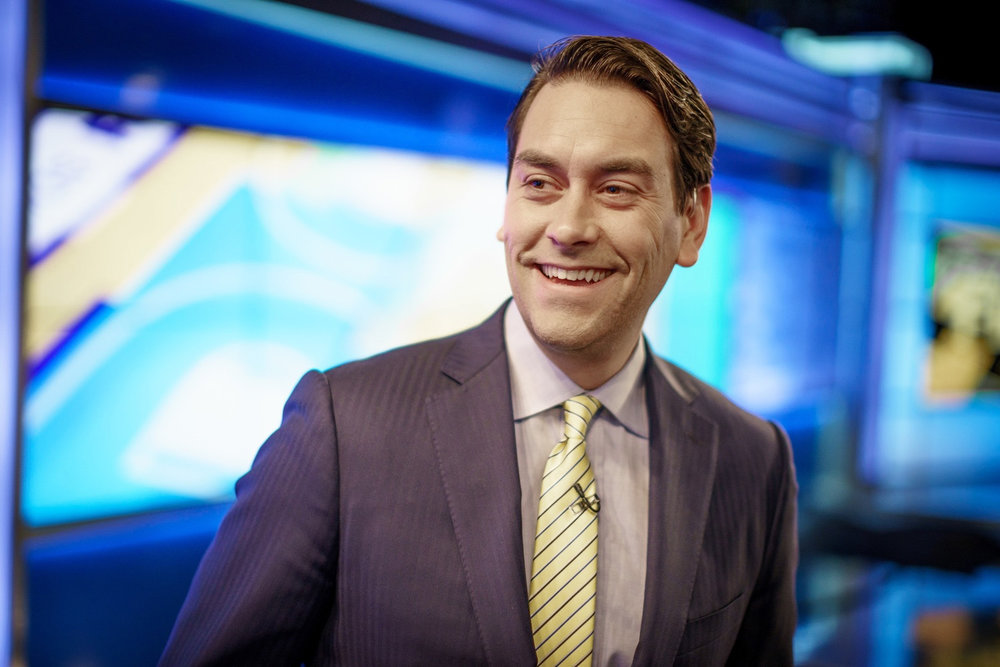 Fox & Friends Weekend host Clayton Morris announced that he’s leaving the morning show in September 2017. He has served 18 years in television and has worked on Fox News shows like The Daily Buzz and Red Eye w/ Greg Gutfeld.

Morris took to Twitter today to relay the sad news to his 100K+ fans. He shared a black and white photo of the Fox News studio and wrote a heartfelt message in the caption. He wrote,

“Walking into this studio for the final time this morning. 18 years in broadcast morning television. I’m grateful but I’m ready to rock.” 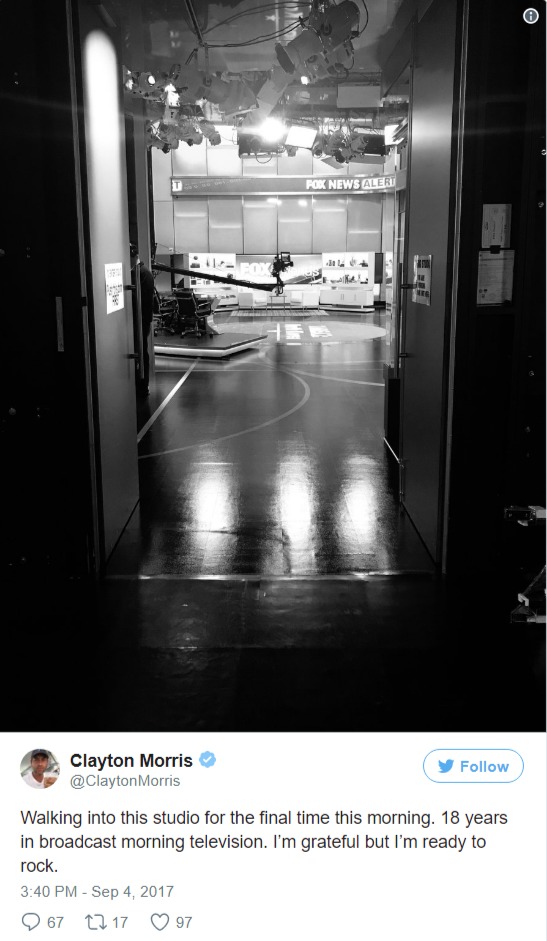 Morris was also a part of a rotating crew for Fox & Friends First. He hinted his departure on Sunday morning as he posted a photo of a screenshot showing his alarm. “Crazy. This is the last time I’ll ask Siri to wake me up this early,” wrote Morris in the caption.

Fans poured their farewells on Twitter after Morris’ shocking announcement. 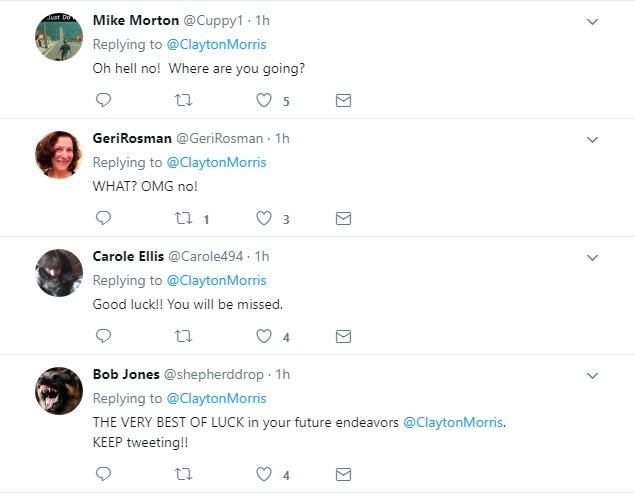 Where was his Last Appearance on Fox & Friends?

September 4th was his last appearance on the show. His wife, Natali Morris, took to Twitter to show support for her husband. “Watching my husband @claytonmorris anchor his last show on Fox. I’m really proud of how he’s represented himself over the last 10 years,” wrote Natali.

He and his wife have been married since 2010 and share three children. 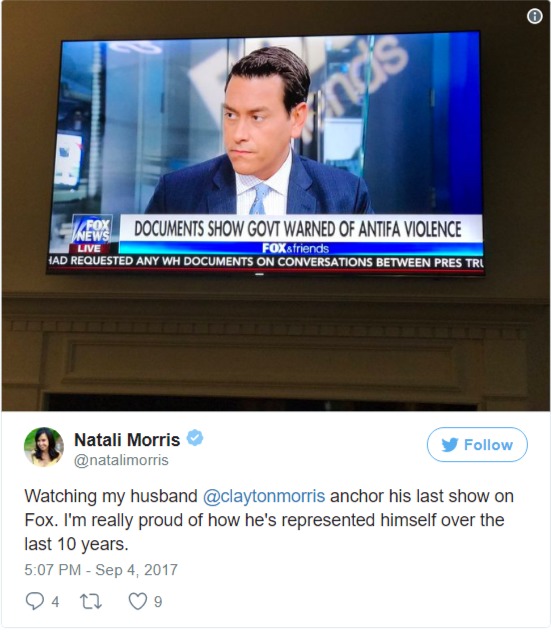 During his last appearance on Fox & Friends, Morris revealed that he is going to focus on “new projects” and stay away from the broadcasting scene.

“I’m excited about this new chapter in my life. I don’t think you’ll ever see me on television ever again, so I’m not going anywhere else. I’m just gonna spend time with the family and focus on projects that I’m passionate about,” said Morris.

Clayton Morris Has Left Country Amid Dozens of Fraud Allegations

Morris’ journey following Fox and Friends has been quite a turbulent one. He has several run-ins with the law since the past year. Recently, the former Fox and Friends host has left the country amid more than two dozens of lawsuits involving properties in Indianapolis from investors, who claim that he frauded them in real estate deals.

Morris has moved with his family to Portugal according to his wife’s Facebook post. They previously resided in a $1.4 million home in New Jersey. Former MSNBC anchor, Natali said they plan to continue fighting lawsuits from abroad, while they have denied responsibility for investor loss. However, they have put their Indianapolis business partner, Bert Whalen and his company, Oceanaponite at fault.

“We have and continued to take responsibility for all of our legal challenges that came from our relationship with Oceanpointe. We have answered all of our attorney general requests in all states. We have answered all lawsuits. We have not run from anything. We continue to show up for this until the last lawsuit is dismissed and it is clear that we neither had the money from Oceanpointe investors nor did we defraud anyone.”

In a lengthy post on her website, Natali stated that the legal problems, hostility from investors and overwhelmingly negative news coverage led the family to move out of the country.

The Real Reason Why did Clayton Morris leave Fox News!