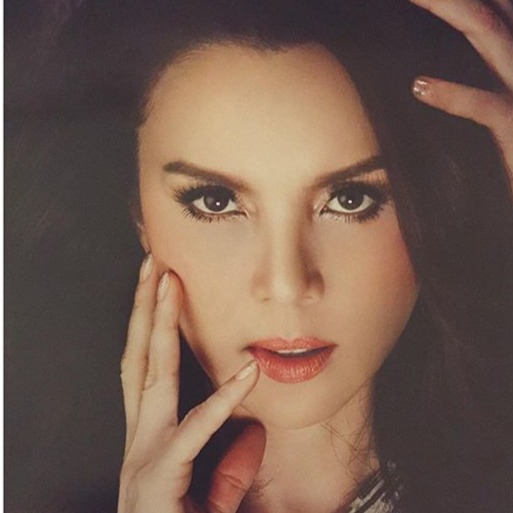 Christina Aguilar,48, is one of Thailand’s most popular singers. She has gained worldwide fame from for her unique voice. She is also known as Tina among her fans.

The renowned singer, Christina Aguilar was born on October 31, 1966, in Bangkok, Thailand. She was born to Spanish-Filipino musician Tony Aguilar and Margaret. Her mother is French by origin.

In her family, she has two siblings – Anthony and Theresa. She studied at the French Institute from where she pursued business management degree.

Christina is the first female singer in Thai music industry who has set a record of selling more than a million copies. She has also sung in many awards shows. Through her amazing music talent, she has earned herself a name as Dancing Queen.

Talking about her professional life, Aguilar became popular initially for her amazing singing abilities while living in France. Her first professional work came on the radio in the year 1990. The debut song Ninja with the album titled as same became a massive hit among the Thai listeners. The award winning 2nd album titled Arwut Lab (Secret Weapons) was released in 1992.

Jing Mai Klua, her debut single, made her widely popular abroad. The video also grabbed MTV Asian Viewers Choice Award in Los Angeles, USA. In fact, it became second music video ever made by a Thai artist to win this honor.

In 1994, Aguilar released her 3rd album titled “Red Beat”. With a quicker beat and her modern and seductive appearance, it was recorded as her best studio album among her three albums which contains two of her best songs, Mai Yag Rok and Rak Thur Thee Sood. The hit album was sold over three million copies in the market eventually becoming biggest-selling albums in the history of Thai music world.

Her sixth album titled Dancing Queen which gained her immense popularity than before was released in 2001 . Through the album Dancing Queen, Aguilar resembled herself as queen of dance music.

The beautiful Christina has graceful personality and marvelous height with seductive body figure. She has already touched the age bar of 50 and still the charm on her face has not got lessen a bit.

Attractive singer, Christina possesses seductive hourglass shaped figure with body measurements size reported as 38-28-36 inches. Rumor is that she has gone through breast implant to increase her breast size. Her plastic surgery rumor seems to be true as her present picture looks completely different from her past pictures. Aguilar’s face looks more defined and her glowing face looks flawless from past days.